This Post Was All About Women! How to Lose Excess Arm Fat – 7 Simple Steps. 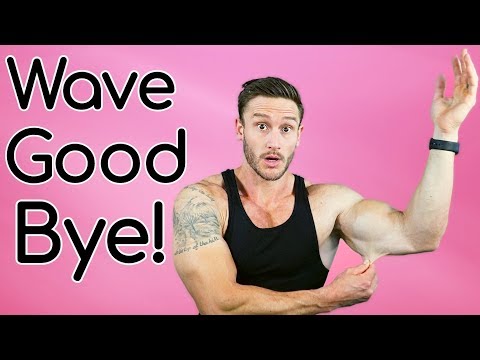 Researchers had twelve physically active male participants to perform a bout of treadmill exercise at 10am, either after they had eaten breakfast or in a fasted state having not eaten since the evening before.

Following the exercise all participants were given a chocolate milkshake recovery drink. Later in the day, participants were provided with a pasta lunch which they were asked to consume until they felt ‘comfortably full’

The researchers discovered that those who had exercised in the morning did not consume additional calories or experience increased appetite during the day to compensate for their earlier activity.

Study from the American Journal of Physiology found that spot lipolysis is real – looked at exercise in 10 healthy, fasted males

Myokines released by the active muscle, like IL-6, may also increase fat oxidation rates in nearby fat tissue

By planting your hands close together beneath your chest, you are shifting greater emphasis to your triceps and deltoids

Estrogen dominance results in the aromatization of testosterone to estrogen – so instead of creating lean muscle mass and developing sexually mature reproductive organs, testosterone gives up the fight to convert to estrogen instead

Visceral adipocytes exhibit a high α2A/β ratio, and these cells are stimulated by epinephrine and can increase LPL expression

From what I could find, estrogen deposition/storage is mainly around the stomach/hips/thighs, and doesn’t directly correlate with arm fat – but being estrogen dominant would increase fat storage overall, and, therefore, increase arm fat

6) Train the lats because they tie into the triceps

Because the thyroid hormones T3 and T4 control cellular metabolism throughout the body, when there is not enough of them for any reason, this metabolic function slows and becomes impaired

COSTCO Protein Bar Haul – Which Bars to BUY (and Avoid)

Vitamin D and Your Skin Color