You are here: Home1 / All Articles2 / Keto Course3 / Why Zinc is VERY Important for Women (Specifically)
https://www.ncbi.nlm.nih.gov/pubmed/8157857

Why Zinc is VERY Important for Women (Specifically)

More specifically, you want help with Why Zinc is VERY Important for Women (Specifically)?

This Post Was All About Why Zinc is VERY Important for Women (Specifically). 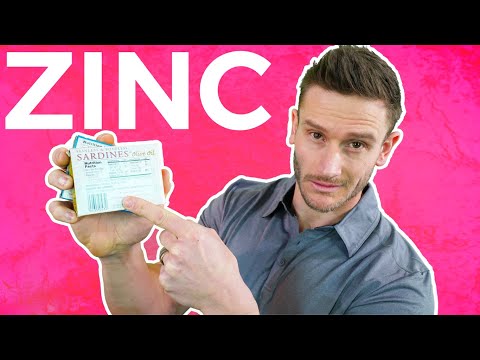 The structure of thyroid hormone receptors contains zinc ions, crucial for the functional properties of the protein

After 8 weeks of intervention, subjects who received zinc supplements had significantly increased serum zinc levels (+15.6 vs. -4.1 mg/dL, on average) compared with placebo

In addition, zinc-supplemented patients had reduced:

Additionally, a significant reduction in serum triglycerides (-15.6 vs. +14.5 mg/dL) and VLDL-cholesterol concentrations (-3.2 vs. +2.9 mg/dL) was observed following the administration of zinc supplements compared with placebo.

Significant reductions in pain decreased by 50% during the second cycle, but not the first – suggests zinc is more effective when taken for longer periods of time

To some extent, zinc does play a role in protecting the skin as it lessens the formation of free radicals and protects skin’s lipids (fats) and fibroblasts, the cells that make collagen, aka your skin’s support structure

9 Ways to Boost Your Stress Tolerance

Best Foods to Eat and Avoid If You Have Herpes

How to Get into Flow

Here’s How to Do Keto to Optimize Brain Power

Sleeping But Still Tired When You Wake Up?
Scroll to top