You are here: Home1 / All Articles2 / Keto Course3 / Why You Weight Rebound After a Diet: Fat REGAIN

Why You Weight Rebound After a Diet: Fat REGAIN

More specifically, you want help with Why You Weight Rebound After a Diet: Fat REGAIN?

This Post Was All About Why You Weight Rebound After a Diet: Fat REGAIN. 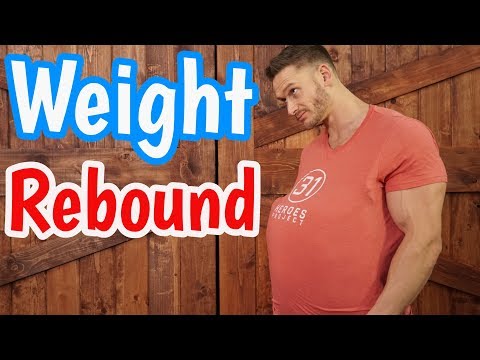 Why You Weight Rebound After a Diet: Fat REGAIN – Thomas DeLauer

A study in the New England Journal of Medicine, hunger-related hormones disrupted by dieting and weight loss can remain at altered levels for at least a year

What this study looked at, however, was whether these changes in hormone levels persist after an individual loses weight – to find out, researchers put 50 overweight or obese men and women on a very low-calorie diet for 10 weeks, then tracked their hormone levels for one year

Blood tests showed that average levels of several hormones (including leptin, ghrelin, and insulin) had changed as a result of the weight loss

As expected, the participants also reported being hungrier – both before and after breakfast – than they had been at the study’s start

At the 10-week mark the participants were allowed to resume a normal diet, but they continued to receive periodic advice from a dietitian and were also encouraged to get 30 minutes of exercise most days of the week

One year later, they’d regained about 12 pounds, on average, and follow-up tests showed that their hormone levels had only partially stabilized – their hunger levels remained elevated as well

A study published (Feb, 2018) in the journal Nutrition & Metabolism looked to see keto’s effect on permanent weight loss via its effects on RMR

Study looked to see if the reduction in energy expenditure persists in persons who have maintained a body-weight reduction of greater than or equal to, 10% for more than 1 year

Each trio consisted of a subject at usual weight (Wt(initial)), a subject maintaining a weight reduction of greater than or =10% after recent (5-8 week) completion of weight loss (Wt(loss-recent)), and a subject who had maintained a documented reduction in body weight of greater than 10% for more than 1 year (Wt(loss-sustained))

*Sustained weight, recently lost weight, had lost weight and kept it off for over a year*

TEE, NREE, and (to a lesser extent) REE were significantly lower in the Wt(loss-sustained) and Wt(loss-recent) groups than in the Wt(initial) group

Do You Get Cold When Fasting? It Could be Fat Burning Happening!

Why Do Some Diabetics Get Gangrene?

Will This Break or Not Break My Fast: DEEP DIVE

Live Q&A: Keto and Fasting for Beginners (bring your questions!) Scroll to top