You are here: Home1 / All Articles2 / Keto Course3 / Why Olive Oil is CRUCIAL for Me to Stay Lean Year Round (High Fat Superfood...

More specifically, you want help with Why Olive Oil is CRUCIAL for Me to Stay Lean Year Round (High Fat Superfood Series)?

This Post Was All About Why Olive Oil is CRUCIAL for Me to Stay Lean Year Round (High Fat Superfood Series). 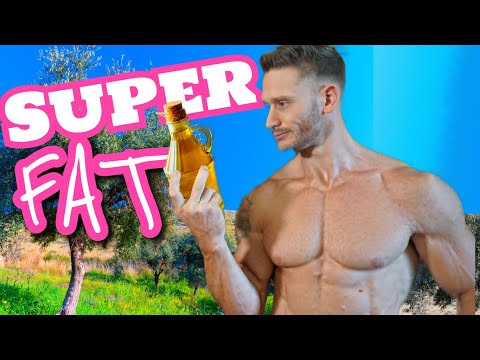 It’s important that I am honest and to say that this video does have a sponsorship from Natural Heaven, supporting them is a good way to support my channel!

The MUFA, oleic acid, is the main fatty acid in olive oil. The name, “oleic acid” comes from the Latin, “oleum” meaning “oil.” Basically, I’m saying that EVOO is the original gangster (OG) of oils.

Oleoylethanolamine (OEA) synthesis: Dietary oleic acid is converted into OAE through the two-step “transacylation-phosphodiesterase pathway.” First, oleic acid is converted into N-oleoyl-phosphatidylethanolamine (NOPE) by the enzyme NAT, then NOPE is converted into OAE by the enzyme NAPE-PLD. The synthesis of OEA occurs in the small intestine, liver, and within most peripheral tissues. In fact, it’s been suggested that the reason plasma OEA correlates with oleic acid consumption is not because OEA is being produced in the intestines/liver and being transported, but rather than OEA can spill over into the bloodstream after being synthesized from oleic acid by peripheral tissues.

OEA signaling: OEA binds the transcription factor PPARα, which causes PPARα to form a heterodimer with RXR that binds to PPARα response elements on DNA and increases the expression of several genes, including those involved in lipid transport, β-oxidation, lipoprotein uptake, etc. Specifically, PPARα increases the expression of the fat transporter protein CD36 and uncoupling (fat-browning) protein UCP-2 to increase fat burning. OEA also binds the TRPV1 receptor the stimulation of which sends a satiety signal from the gut to the brain via the Vagus nerve. Interestingly, it appears that the cuddle hormone, oxytocin, is important in this mechanism. The Vagus nerve talks to the nucleus of the solitary tract in the hypothalamus, stimulating oxytocin release and inducing satiety.

(For more on OEA, see oleoylethanolamine document, or ask Nick to resend.)

Polyphenols (Oleocanthal & Hydroxytyrosol)
EVOO contains at least 36 different antioxidant polyphenols. It’s impossible to concisely characterize the benefits of all 36, so we will discuss just two examples: oleocanthal and hydroxytyrosol.

Hydroxytyrosol
Hydorxytyrosol is another phenolic compound found at high levels in EVOO. It is among the strongest antioxidants found in nature, with 10-times the antioxidant power of green tea.

Refined olive oils and fake EVOOS contain only about 10% the hydroxytyrosol as found in true EVOO.

Brain. Hydroxytyrosol protects against Alzheimer’s and Parkinson’s disease by crossing the blood-brain barrier and protecting the brain’s precious fats from oxidation.

Cancer. Consumption of 50 µM–100 µM hydroxytyrosol, from EVOO or olives, has been shown to inhibit the growth of leukemia, adenocarcinoma, colon cancer, and breast cancer cells.

Acne: If Nothing is Working, Try This…

Get Through Your Fasting Weight Loss PLATEAU – New Research that Works

KETO French Toast FROM SCRATCH In 10 Minutes | You HAVE To Try This!
Scroll to top