You are here: Home1 / All Articles2 / Keto Course3 / Why Magnesium is Critical on a Low Carb Keto Diet

Why Magnesium is Critical on a Low Carb Keto Diet

More specifically, you want help with Why Magnesium is Critical on a Low Carb Keto Diet?

This Post Was All About Why Magnesium is Critical on a Low Carb Keto Diet. 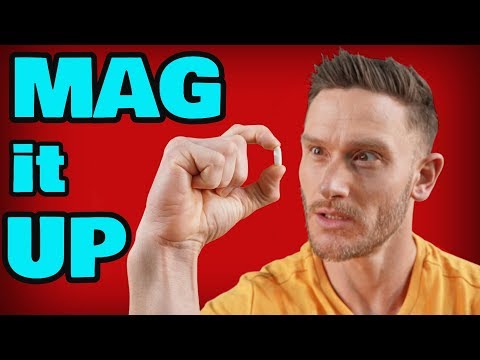 Drinking water, combined with a lack of carbs, results in minerals being excreted through urination, one of which being magnesium

About 50% of magnesium in the body is stored in bones and the other half is mostly located in organs and tissues and is the body’s calming mineral; helping to keep your brain, heart and muscles relaxed – also essential for protein synthesis, blood sugar control, energy metabolism and over 300 other biochemical reactions in the body

I took common problems associated with Keto and looked to see how Magnesium treated them:

Magnesium aids the sleep process by activating the parasympathetic nervous system, the system responsible for getting you calm and relaxed

It’s the same neurotransmitter used by sleep drugs like Ambien

Bad breath consists of volatile sulfur compounds (VSCs). You may not consider that cheeseburger as something that causes bad breath; however, it still provides protein for oral bacteria to eat and convert into sulfur gas
Magnesium is thought to interact with sulfur – this interaction can help prevent and cure bad breath as magnesium may neutralize sulfur molecules before they form odor
Constipation

ATP (adenosine triphosphate), the main source of energy in cells, must be bound to a magnesium ion in order to be biologically active. What is called ATP is often actually Mg-ATP

How is MEAT Affecting our Gut (This’ll be Interesting 🤜🏼🥊)

What does a Fitness Model eat for a Snack? LIVE broadcast

Have High Blood Glucose on Keto? Here’s Why!

Is Your Saturated Fat Intake RAISING Your LDL Cholesterol?

Are You Absorbing Your Food? Digestion vs ABSORPTION