You are here: Home1 / All Articles2 / Keto Course3 / Why Carbs are Raising your Blood Pressure (and why everyone PUNISHES S...

More specifically, you want help with Why Carbs are Raising your Blood Pressure (and why everyone PUNISHES Salt)?

This Post Was All About Why Carbs are Raising your Blood Pressure (and why everyone PUNISHES Salt). 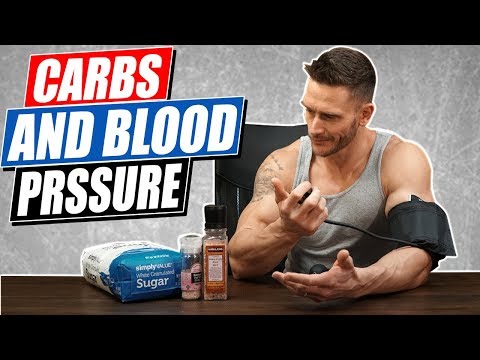 A meta-analysis, published in the American Journal of Hypertension, looked at 7 studies involving more than 6,000 people and found that salt restriction increased the risk of all-cause mortality in those with heart failure (1)

Another review, published in The Cochrane Database of Systematic Reviews, found that sodium reduction resulted in a 1% decrease in blood pressure, a 3.5% decrease in hypertensives, but there was a significant increase in plasma renin, a 2.5% increase in cholesterol, and a 7% increase in triglycerides (2)

The researchers concluded that the slight reduction in blood pressure was overshadowed by these antagonistic effects, and that sodium restriction may have net negative effects at a population level

So when we consume salt, the blood pressure goes up slightly as the kidneys work to maintain the right concentration and vice versa

Because salt is so vital to your health, your body will hold on to it in your bloodstream so it doesn’t get too diluted

Hyperinsulinemia
When the body produces too much insulin in response to a higher-carb diet, it causes blood pressure to increase

Hyperinsulinemia raises blood pressure, in part, by decreasing sodium and water excretion in the kidneys, and directly vasoconstricting blood vessels

As insulin levels rise, insulin resistance eventually develops – if insulin receptors are blunted and the cells grow resistant to insulin, magnesium can no longer be stored, so it passes out of the body through urination

When magnesium levels are too low, blood vessels are unable to fully relax, and this constriction raises blood pressure

And this creates an imbalance in sodium and potassium (which increases blood volume) and calcium and magnesium (which causes arterial constriction), driving up blood pressure

Fructose elevates uric acid, which drives up blood pressure by inhibiting the nitric oxide (NO) in blood vessels – NO is regarded as the most important vasodilator and helps blood vessels maintain their elasticity and, as such, NO suppression leads to increases in blood pressure

3) Sodium and Potassium Intake and Mortality Among US Adults. (2011, July 11). Retrieved from

4) Review: The wrong white crystals: not salt but sugar as aetiological in hypertension and cardiometabolic disease. (n.d.). Retrieved from

Juicing on a Ketogenic Diet?

The Most Important Nutrient on a Vegan Keto Eating Plan

Can’t Lose That Last 20 Pounds No Matter What You Do? DO THIS!