You are here: Home1 / All Articles2 / Keto Course3 / What Sugar Does to Your Brain & Body: The Truth About Sugar

What Sugar Does to Your Brain & Body: The Truth About Sugar

More specifically, you want help with What Sugar Does to Your Brain & Body: The Truth About Sugar?

This Post Was All About What Sugar Does to Your Brain & Body: The Truth About Sugar. 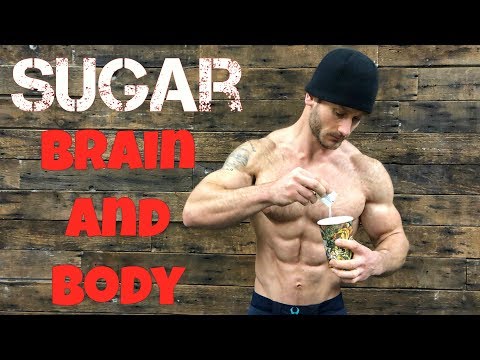 What Sugar Does to Your Brain & Body: The Truth About Sugar – Thomas DeLauer

Sugar’s Effect on the Body

High sugar foods have been shown to lead to inflammation in the body, which can increase the susceptibility of individuals to these diseases and can also worsen symptoms for those already suffering from them.

The inflammation caused by sugar not only impacts our health, but also our skins look and feel.

When sugars attached to proteins in your bloodstream, advanced glycation end products, or AGEs, are formed. These harmful molecules age your skin through causing damage to the elastin and collagen. This leads to more wrinkles and sagging skin.3

When you consume simple sugars, the boost of insulin in the bloodstream can cause artery walls to grow faster than normal and lose their elasticity.

Over time, this can lead to heart attacks, stroke, and heart disease.

Studies have found that those who eat a lot of sugar (25% or more of their calories as added sugar) are twice as likely to die of heart disease when compared to those who consume 10% or less of their total calories from sugar.4

Sugar’s Effect on the Brain

Sugar shares many similarities with drugs of abuse.

In rat studies sugar has been found to lead to signs of dopamine sensitization and opioid dependence, including cross-sensitization with alcohol and amphetamine, neurochemical and behavioral signs of withdrawal, and alterations in dopamine and my-opioid receptors.6

When you eat sugar, you brain releases dopamine, a neurotransmitter that causes you to feel good.

Whole foods, even fruits, do not cause the release of the same quantity of dopamine as processed, sugary foods, such as donuts.

As time goes on, your sensitivity to dopamine decreases, causing your brain to need more to feel the same amount of pleasure.

This is what causes addiction cravings to sugar.

This leads to the following question: does sugar lead to depression, or does depression influence sugar intake?

In a 2017 study published in Scientific Reports, researchers sought to determine if sugar consumption leads to common mental disorder (CMD) and depression or if the reverse is true, that individuals suffering from CMD and depression are more likely to eat sugary foods.

Through analysis of repeated measures for 23,245 person-observations from the Whitehall II study, mood was assessed using validated questionnaires and diet through food frequency questionnaires.

Researchers found that neither depression not CMD predicted the intake changes found during their analysis where positive associations between sugar consumption and CMD and depression were found.

This led the researchers to conclude that dietary sugar intake has an adverse effect on long-term psychological health, including both CMD and depression.

So How Much Sugar is too Much?

Currently the average adult consumes roughly 22 teaspoons of added sugar per day, which is far more than the American Heart Association recommends: no more than 6 t/day for women and 9 t/day for men.5

Remember that this is added sugar, so not the natural sugars found in fruits,

5. Added sugars add to your risk of dying from heart disease

How to Improve Your Sleep Quality

MORE Protein is BETTER on Keto – Here’s Why