You are here: Home1 / All Articles2 / Keto Course3 / What is the Ketogenic Diet?

What is the Ketogenic Diet?

More specifically, you want help with What is the Ketogenic Diet??

This Post Was All About What is the Ketogenic Diet?. 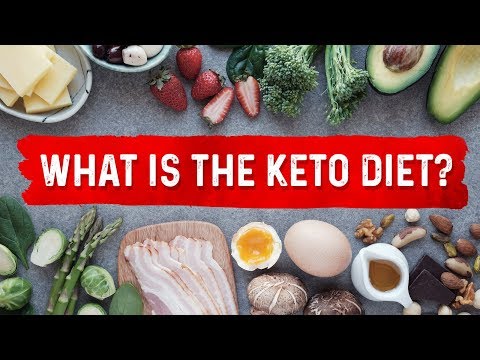 Ketogenic diet is a simple method of eating certain foods and certain combinations that cause the body to run on an alternative fuel source called ketones. When you’re on fat burning, the body makes ketones which is a much healthier fuel source, less waste, more efficient and more energy. An average person has roughly over 90 to a 100,000 calories of stored fat versus that same person only has about 1,700 calories of stored sugar.

The real big advantage of ketogenic diet versus other diets is that the hunger and cravings goes away making it very easy to do long term. If we compare the ketogenic diet to a typical diet which is either low calorie or low fat, these two diets are usually always higher carbohydrate. It is the carbohydrates that actually prevent fat burning.

Lowering your carbohydrate into between 20 and 50 grams is what basically makes people go into ketosis and the lower the carbohydrates the more you get into ketosis. And if you keep you carbs low, there is no danger on consuming more fats. Going into ketosis is simply shifting your fuel source from the sugar to the fat that takes three days.

Ketogenic Diet versus Other Diets
You are going to lose water weight for about 1 to 2 weeks. The reason why a person went plateaued within after two weeks is because you’ve never got into the fat burning. There is a big difference with weight loss between losing water and losing actual fat. Exercise only contributes to only 15% of your results.

Healthy ketosis is doing this low carb plan with very healthy and nutrient-dense foods. The whole purpose of getting into ketosis and running into an alternative fuel source is to drop and normalize your insulin levels. Nearly 80% of the population has a problem with insulin and they have a condition called insulin resistance.

5 Benefits of Collagen if You’re Over 40

Can Stress Cause an Infection?

Not Losing Weight vs. Slow Weight Loss: MUST WATCH

On Keto… But No Weight Loss – What am I am Doing Wrong?

How to Get More Discipline for Keto and Exercise