This Post Was All About Weird Carbs: Your Body & “Resistant” Starch. 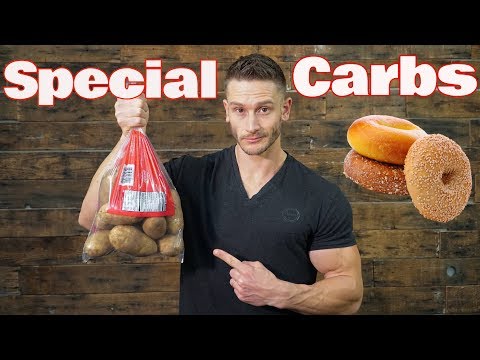 RS2: starch that’s protected from digestion because of its molecular structure, and only becomes accessible to human digestive enzymes after being cooked (this one’s found in raw potatoes, green bananas, and raw plantains) – intrinsically resistant to digestion before cooking

RS3: also called “retrograded starch,” which forms when you cool down certain starchy foods after they’ve been cooked (such as potatoes, rice, and other grains)

Since resistant starch isn’t digested, your insulin doesn’t rise like other starches and cause blood sugar problems – can also increase satiety by giving off a feeling of fullness

Resistant starch has been shown to decrease the numbers and sizes of lesions due to colorectal cancer, and an increased number of cells that express the protein IL-10, which acts to regulate the body’s inflammatory response

Additionally, butyrate is the preferred fuel of the cells that line your colon – therefore, resistant starch both feeds the friendly bacteria and indirectly feeds the cells in your colon by increasing the amount of butyrate

Due to RS not being absorbed in the intestine, it may cause digestive discomfort similar to that of lactose, fructose, fiber and sugar alcohols as they are all subject to malabsorption

Despite RS having benefits, it’s important to consume resistant starch in combination with other types of fermentable carbs (shouldn’t just supplement with one type) because:

RS2 alone gets rapidly fermented in the proximal (beginning) part of the colon, but fails to reach further down into the distal (lower) colon

A study published in the American Society for Microbiology found that a raw potato diet (RS2) caused human-derived fecal communities to show a major rise in Bacteroides and Eubacterium rectale (beneficial bacteria that thrive on RS2), due to the diet over-feeding them with their preferred food source (8)

Is Fasting Good or Bad for the Liver?

Dr. Berg Live Q&A, Friday (May 10) on the Ketogenic Diet and Intermittent Fasting

Zero Carb vs. Low Carb on Keto Scroll to top