This Post Was All About Weekly Q&A | Fasting & Coffee on Insulin Resistance | Cardio & Fish on Keto. 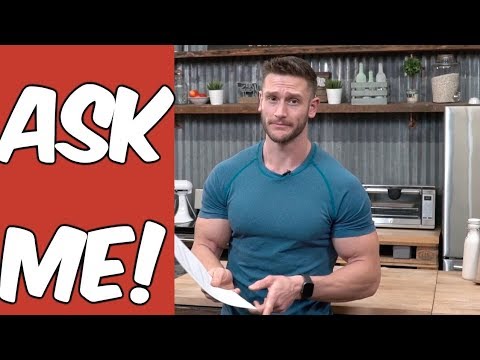 Best Fish to Eat on Keto: The Simple Approach

Yes please do expand this list of the fish and seafood that’s best on a keto diet!!!! also what about taking Omega 3’s on a keto diet? Is that important and if so which brand do you recommend?

Is wild caught cod a good fish to eat?

What about smoked mackerel? Does it still have all the nutrition ?

I don’t live in the USA and cannot get wild-caught salmon. Should I avoid it completely? Also, my stores don’t sell sardines in water, only oil. Will rinsing them off in water to remove the oil help? Thanks.

How about canned sardines in Olive Oil? Healthy oil, no?

Hey Thomas, what do you think about using a lean white fish like flounder or freshwater bass and controlling the fat like you do with lean chicken breast?

You’ve contradicted yourself yet again. You made a video about having coffee WITH carbs post workout and the carbs will go straight into the muscle, and then at the end of this video you say to never ever have caffeine and carbs. Am I misunderstanding something? I love your content and really appreciate the effort you put in, I just get confused a lot with all of the contradictions you make with “new evidence”

Thomas, can the adrenal glands be built back up? I’ve been told that once the adrenal are overtaxed they can never recover. I’ve been dealing with adrenal fatigue for years and have had to depend on caffeine just to get through my day.
Is the damage irreparable or can it be fixed?

So caffeine and carbs together are not a good pair unless it’s post workout?
I have my morning black coffee then workout after 2 hours do you think it’s to far apart and maybe the rise of blood sugar after the coffee didn’t get used so it maybe causing or halting fat-loss?

How long does it take to become fat adapted?

Please give some signs/symptoms of fat adaptation.

So what do you recommend low or high intensity cardio?

Sorry to go off topic but is kombucha okay for keto? And if so when is it best to have?

Is there any studies that show how long it takes to reverse fat adaptations? You mentioned is a few videos when you are fat adapted you can eat carbs and get back into ketosis easily. But how long can you stay off the keto diet before you undo all your hard work?

Does this mean that the post workout meal should be fat protein and not carb protein when you just did a long fast before the workout?

What happens to the gut microbiome during a prolonged fast? How does it affect your immune system?

Does this elevation in blood sugar during the fast (due to insulin resistance) increase inflammation and the damage caused by high circulating glucose?

When intermittent fasting and you get a cold or flu, do you continue to fast or break it? Would it be healthier to stay in a fasted state?

Which Supplements to Take in the Morning vs. Night Time (Chronobiology)

Before You Get Your Ovaries Removed: WATCH THIS!