Blog - Latest News
You are here: Home1 / Keto Course2 / What Does Creatine Do | Which Form is Best

More specifically, you want help with What Does Creatine Do | Which Form is Best?

This Post Was All About What Does Creatine Do | Which Form is Best. 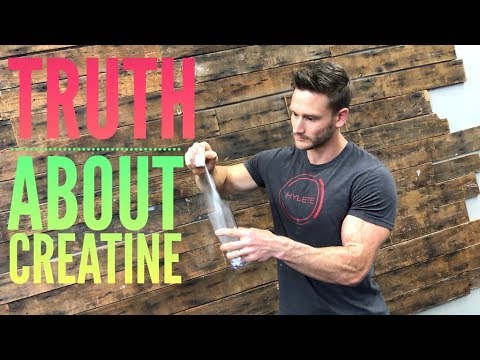 Click Here to Subscribe:
Website:
What Does Creatine Do | Which Form is Best | Thomas DeLauer
Creatine Monohydrate
The most common and most studied form of creatine – is made up of a creatine molecule and a water molecule; monohydrate is about 90% creatine by weight
Some studies have found that creatine may increase strength gains from weight training by about 10%, on average – other research has shown, on average, that creatine may help improve strength by about 5% for chest exercises like bench press and about 8% for leg exercises like squats (4)
Micronized Creatine
Essentially creatine monohydrate, except it has been micronized – the nanotech version of creatine, with creatine particles that are up to 20 times smaller than normal creatine powder
Buffered/Chelated with Magnesium
Study from the Journal of the International Society of Sports Nutrition directly compared buffered creatine against monohydrate in 25 participants that took the supplements while completing a weight training program for 28 days
Bench press strength and power production during cycling increased, regardless of which form was taken, but there was no difference in terms of effectiveness or in regards to side effects (5)
Creatine Ethyl Ester
Creatine Ethyl Ester (CEE) is creatine monohydrate with an ester attached – attached to monohydrate to increase the amount of creatine absorbed/enhance the uptake of creatine
Esters are organic compounds that are formed by esterification – the reaction of carboxylic acid and alcohols
Esterification is supposed to increase the lipophilic nature, and thus esterified creatine will use fat more efficiently to permeate the cell wall
Study
Study Baylor University looked to see if creatine ethyl ester is better than monohydrate – study consisted of men who worked out regularly with weights
They were separated into three groups: one that took creatine ethyl ester, a creatine monohydrate group, and a placebo group.
The CEE group had greater levels of creatinine, a worthless byproduct of creatine after it is broken down by your body in their blood (7)
Liquid Creatine
Research shows that creatine may break down when it remains in liquid for several days – it doesn’t happen immediately, so mixing your powder with water before consumption is fine
Due, in fact, because the liquid form breaks down creatine over a period of days into creatinine
One study, from the Journal of Strength and Conditioning Research, found that the work performed during cycling was improved by 10% with a monohydrate powder, but not with a liquid form (8)
Creatine Hydrochloride
Creatine hydrochloride forms into free creatine and free hydrochloric acid in the aqueous environment of the stomach, meaning it is approximately bioequivalent to creatine monohydrate
Initially believed to be better due to its superior solubility and one study – from the Journal of Dietary Supplements – found that creatine HCl was 38x more soluble than monohydrate (9)
However, there’s been no published experiments on creatine HCl in humans
References
1) Creatine by Jonathan Dietz. (n.d.). Retrieved from
2) Creatine: How Much Should You Be Taking? (n.d.). Retrieved from
3) Creatine: Uses and Side Effects. (n.d.). Retrieved from
4) Top 6 Types of Creatine Reviewed. (2017, May 12). Retrieved from
5) Jagim AR , et al. (n.d.). A buffered form of creatine does not promote greater changes in muscle creatine content, body composition, or training adaptations than creatine mo… – PubMed – NCBI. Retrieved from
6) Selsby JT , et al. (n.d.). Mg2+-creatine chelate and a low-dose creatine supplementation regimen improve exercise performance. – PubMed – NCBI. Retrieved from
7) Spillane M , et al. (n.d.). The effects of creatine ethyl ester supplementation combined with heavy resistance training on body composition, muscle performance, and serum and … – PubMed – NCBI. Retrieved from
8) Gill ND , et al. (n.d.). Creatine serum is not as effective as creatine powder for improving cycle sprint performance in competitive male team-sport athletes. – PubMed – NCBI. Retrieved from
9) Gufford BT , et al. (n.d.). Physicochemical characterization of creatine N-methylguanidinium salts. – PubMed – NCBI. Retrieved from 5