This Post Was All About Weight Loss | How Fat Burning Works | Lipolysis Explained– Thomas DeLauer. 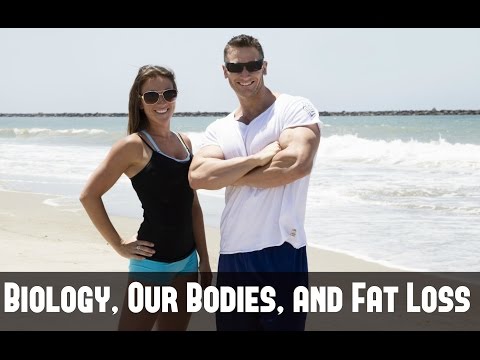 Please Subscribe for 3x Videos Per Week
To learn more, visit my website here:
Get the Apparel I Wear at
Weight Loss | How Fat Burning Works | Lipolysis Explained– Thomas DeLauer…
So you want to burn fat – what exactly does that mean? In order to burn fat most efficiently, it is important to first understand how fat metabolism works. Fat must be released from our cells. Only once the fat has been released can it be burned and used for energy. The majority of fat in our bodies resides in fat cells. These cells are made up of roughly 15% lean mass and 85% fat, in the form of a lipid droplet. To use this fat we must get it to cross over the cell membrane of the fat cell. This process is called lipolysis. An enzyme called hormone-sensitive lipase takes a triglyceride, the fat in the cell, and separates the three fatty acids from the glycerol. This frees the fatty acids to pass through the cell membrane to be made available to the Krebs Cycle. So to use your stored fats as fuel, you need to produce hormone-sensitive lipase. Many hormones are involved here, but the one that you want to be most concerned with is insulin.
If you have high levels of insulin in your blood, you are going to have low levels of lipase. Dietary carbohydrates are the main contributor to your blood insulin levels. So how do we burn our stored fat?
The Krebs Cycle:
You may remember from biology class the Citric Acid Cycle, also known as the Krebs cycle. Mitochondria are found in the hundreds to thousands in all cells in our body (except mature red blood cells). Here, energy from what we eat, the carbohydrates, fats and proteins, are converted into ATP.
Acetyl COA is used to form the energy, or ATP, in the Krebs cycle:
If you are consuming carbohydrates or eating too frequently, your blood is going to have high insulin levels and there will be carbohydrates that you have recently eaten available as the fuel for the Krebs Cycle. Traditionally, carbohydrates that you eat are broken down in your body. The glucose undergoes a process called glycolysis and pyruvate is formed. In the mitochondrial matrix, pyruvate undergoes oxidation and ACOA is formed. ACOA can also be formed from the breakdown of fats and amino acids, or the building blocks of proteins. How your body uses its energy is dependent upon what you eat.
Traditionally, when you are in a normal state, your body is using carbohydrates for their main energy source through the citric acid cycle. If you change how you eat, you can train your body to instead form ACOA through the breakdown of ketone bodies.
How Does it Work?
When glucose is in short supply, your body begins lipolysis. These free fatty acids, rather than carbohydrates from your food, are used to produce ACOA. Once the fatty acids have been released into your bloodstream, they bind to a protein called albumin. Albumin shuttles the fatty acids to the muscle cells where they are taken into the mitochondria as ACOA. In very fit athletes the muscle cells themselves will begin to store the lipid droplets in them rather than glucose for immediate energy fuel.
Lipogenesis:
When you eat carbohydrates, they break down into glucose in your blood. The pancreas secretes insulin to shuttle the glucose out of the blood and into either the muscle or liver for immediate use, glycogen storage, or they be stored as fat. Your liver and muscle cells have a limited capacity for glycogen storage that is not very high. This means that when you consume excess carbs your body has to store them as fat through a process called lipogenesis. Simply put, lipogenesis is the creation of fatty acids from carbohydrates that you consume. While for our ancestors in the hunting and gathering days this storage of energy was great, in the age of abundance we are struggling with the health impacts of storing excess fat. This fat storage follows a process very similar to the Krebs Cycle discussed. Once the ACOA is created, if the body does not need to use it for energy or for storage in the muscles and liver, it is stored through lipogenesis as fat for later use.
References:
1. The Citric Acid Cycle
2. The citric acid cycle oxidized two-carbon units
3. What is Ketosis?
Our article :)
4. Fat Breakdown and Fat Burning: Lipolysis and Oxidation
5. How and what am I digesting? A breakdown of macronutrient…
6. Lipid catabolism summary
7. Acetyl COA – Crossroads Compound
l

The 2 Most Ignored Minerals In Diabetes and Insulin Resistance
Chaffles | 3 KETO Chaffle Recipes You HAVE To Try
Best Remedy to Regrow Hair: MUST WATCH!
The Largest Source of Dietary Sugar Is Coming From….
3 Foods to Reduce Estrogen to Lose Weight- Thomas DeLauer
Get Rid of SIBO (Small Intestinal Bacteria Overgrowth) With Intermittent Fasting
Edible Cookie Dough Recipe (HIGH PROTEIN) | Healthy Snack Ideas
Prebiotics for Weight Loss | Which Veggies to Eat for Fat Loss and When – Thomas DeLauer