Blog - Latest News
You are here: Home1 / Keto Course2 / Make Your Own Pre Workout with These Cheap Ingredients

More specifically, you want help with Make Your Own Pre Workout with These Cheap Ingredients?

This Post Was All About Make Your Own Pre Workout with These Cheap Ingredients. 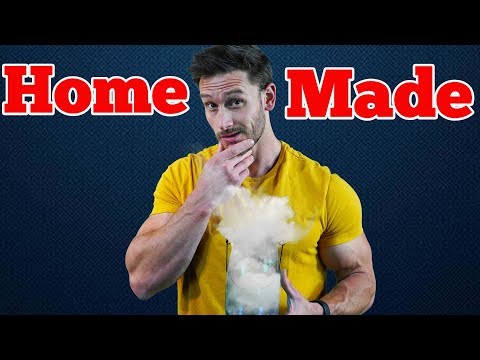 Click Here to Subscribe:
Extremely Discounted Pricing on My Real Salt Fasting Pre-Workout Bundle:
My Website:
Black Coffee/Matcha
Citrulline
Beta Alanine
Salt
Optional: Theanine
Black Coffee
Fat Loss
Caffeine is a phosphodiesterase inhibitor – a phosphodiesterase inhibitor is a drug that blocks one or more of the five subtypes of the enzyme phosphodiesterase (PDE), thereby preventing the inactivation of the intracellular second messengers cyclic adenosine monophosphate (cAMP)
Caffeine promotes the release of norepinephrine, which then signals cAMP and activates hormone sensitive lipase, promoting lipolysis and increasing FFA’s
Mental Acuity
Caffeine blocks adenosine – when that happens, the amount of other neurotransmitters like norepinephrine and dopamine actually increases, leading to enhanced firing of neurons
Aside from dopamine, chronic caffeine intake has been shown to increase the receptors of serotonin and acetylcholine – why people have an elevated mood and perceived increase in energy after a coffee
Matcha
EGCG increases the hormone CCK (cholecystokinin) – CCK slows down intestinal motility as it causes food to move more slowly through the intestines (feel full for a longer period of time), particularly helpful during a fasted workout
CCK also modulates dopaminergic neurotransmission in the brain – it increases the level of dopamine in the brain, which gives off a “feel-good” feeling
EGCG also stimulates your metabolism by activating thermogenesis – increases the amount of norepinephrine, which is used by the nervous system as a signal to the fat cells, telling them to break down fat
Citrulline malate helps increase blood flow because your body converts it into L-arginine and then into nitric oxide. Nitric oxide is one of the chemicals that causes vasodilation, or widening of the blood vessels, when you exercise.
Beta Alanine
Beta-alanine, also known as 3-aminopropanoic acid, is a non-essential amino acid – together with histidine, it produces carnosine, which is then stored in your skeletal muscles
Carnosine is a dipeptide – a molecule made up of two amino acids bonded together – composed of beta-alanine and histidine, as mentioned (believed that histidine is already present in high concentrations in muscle, while beta-alanine is only present only in small amounts)
In humans, carnosine is concentrated in tissues that have a high energy demand, such as muscle and brain
The body’s first line of defense against this acidic pH is inside the muscle cell – carnosine is able to buffer H+ ions in muscle cells – buffering can neutralize lactic acid and simultaneously increase ATP stores
So without enough beta-alanine the body can’t make carnosine effectively, which means that these essential cellular functions are impeded
Salt
During a set of high-intensity muscle contraction blood pressure rises – this is a primary response of high-intensity training
During high-performance exercise, the metabolism of the body is better served by a higher blood volume since this translates into better oxygen and nutrient delivery to working cells
So to sum, your blood volume is gradually reduced as your sweat losses increases because sweat is drawn from your blood plasma
This increases the strain on your cardiovascular system, making it harder to pump blood to your skin to cool you down and to your working muscles
Another mechanism through which sodium can increase strength is by increasing extracellular fluid levels (fluid outside the cell membrane), which in turn improves the leverage in your joints, allowing you to move more weight on lifts
These increases in fluid volume both inside and outside the cell have also been shown to reduce the incidence of muscle strains and tendon injuries by decreasing the friction exerted upon these tissues
Optional: Theanine
Focus
Theanine an amino acid present in matcha green tea and possesses anti-anxiolytic properties, which assists in boosting alpha waves in the brain
L-theanine relieves anxiety in large part because it bears a close resemblance to glutamate – theanine binds to the same brain cell receptors and blocks them to glutamate’s effects, which produces inhibitory effects
Blood Flow
Theanine increases blood flow as it increases the production of nitric oxide in endothelium cells (cells that line the interior surface of blood vessels and lymphatic vessels), which is a gas that widens blood vessels and improves blood flow

How to Sleep Super Fast – MUST WATCH! Will Eating More Fat Knock Me Out of Ketosis?

The Highest Vitamin C Food… on the Planet

How Much Alcohol Will Stop Weight Loss (and Ketosis)7 Reasons for Bloating, Especially on Keto (Ketogenic Diet) Scroll to top