This Post Was All About Kombucha: The Truth about Trendy Health Drinks – Thomas DeLauer. 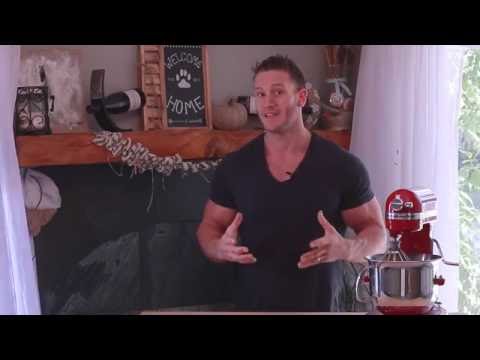 Kombucha: The Truth about Trendy Health Drinks – Thomas DeLauer
I’ll touch on a few of the popular health drinks including kombucha, but for more information head to
1. Juice-
-Juice cleanses and the general consumption of juice has become very popular over the last few years.
-Juice contains many, but not all, of the health benefits of fresh fruits.
-When you juice, you lose
-A 2008 study from Diabetes Care followed over 70,000 nurses for 18 years and collected information on their diets. The variables measured were the consumption of vegetables, fruit and fruit juice. Those who consumed more fresh fruit or fresh veggies experienced a lower occurrence of diabetes, while those who consumed more fruit juice had an increased hazard of diabetes. (1)
-Be careful of what is in fruit juices. Many of them add extra sugar and other preservatives.
-Tips: Be sure to get 100% juice.
-Cold-pressed juice retains more of the nutritional content of the fruit, so get that whenever possible (2)
-Homemade juice is fresh and you can see what goes into it. Buy a juice and make some of your juice from home.
-Get juices with more vegetables, which have less sugar content than fruits.
-Smoothies retain more of the nutritional content, such as fiber, so opt for a smoothie rather than a juice.
2. Zero Calorie Drinks-
-We all have heard that diet soda is still bad for us, but what about those zero calorie flavored waters? Are we safe to use this to curb a sweet tooth?
-A 2008 study in the Journal of Toxicology and Environmental Health found that consuming Splenda, one of the most common artificial sweeteners, lead to many adverse effects. By measuring stool samples, they found that after 12 weeks of Splenda consumption had reduced levels of beneficial microflora and increased pH. (3)
-Our gut microbiome is vital to how we absorb nutrients and digest our food. We do not want to alter this as we do not know all of the potential health effects.
-Higher pH has also been found to be negative for health. In the Western diet we have a very acidic diet.
-Many other studies of humans have found an increase in weight gain as well as type-2 diabetes in those who consume artificial sweeteners (4).
Tips: steer clear of anything labeled zero calorie
-Instead consume drinks with small amount of natural sugar from fruits or veggies, or consume drinks sweetened with Stevia, a natural sweetener.
3. Kombucha-
-We have all likely seen Kombucha all over the shelves of the healthy drink section. Does it hold up?
-Kombucha is a fermented beverage made from tea and sugar.
-The research on this subject seems to be mixed, with some finding beneficial effects and some finding negative effects.
-One study looked at the studies out there and performed a review of the clinical evidence. This study found that there were reported incidences of liver damage, metabolic acidosis and cutaneous anthrax infections. (5)
-Yet another cumulative analysis study found the opposite and touted health benefits of Kombucha, including protection against metabolic and infective disorders. (6)
-The scientific community appears to be split when it comes to Kombucha.
Tips: If you have Kombucha, do so sparingly.
-The benefits of plain, home brewed teas, is extensive and has been touted for years, so have some sugar-free drinks instead.
*Rather than get your healthy drinks from the store, make them at home. Brew tea and make your own juices and smoothies. When you do purchase from a store, be sure to read the label. Be wary of low or no calorie drinks, and be sure that no sugar has been added to your juice.
References:
1. Intake of Fruit, Vegetables and Fruit Juices and Risk of Diabetes in Women
2. Should I Care Whether My Juice is Cold Pressed?
3. Splenda Alters Gut Microflora and Increases Intestinal p-glycoprotein and Cytochrome p-450 in male rats.
4. Artificial Sweeteners: A systematic review of metabolic health in youth
5. Kombucha: A systematic review of the clinical evidence
6. Current Evidence on physiological activity and expected health effects of kombucha fermented beverage.
Subscribe to the Thomas DeLauer Channel Here: 1 Ketosis for a Type 1 Diabetic, Live with Lachlyn Week 1

How to Look 10 Years Younger

7 Recommended Supplements on a Keto and Intermittent Fasting Plan