This Post Was All About Ketosis Foods: Sugar Alcohol Effect on Low Carb: Thomas DeLauer. 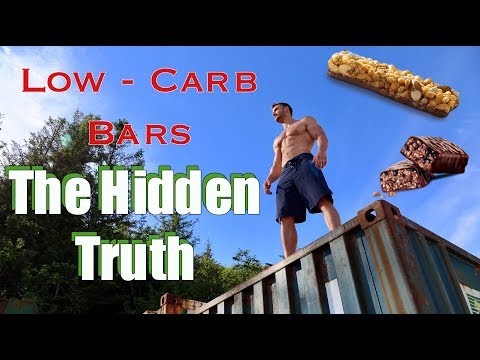 Please Be Sure to Subscribe For 3x Videos Per Week!
Ketosis Foods: Sugar Alcohol Effect on Low Carb: Thomas DeLauer
Most “low carb” products are sweetened with substances called “sugar alcohols,” which the FDA allows manufacturers to describe as “sugar free.”
Sugar Alcohols
Sugar alcohols are neither a sugar nor an alcohol – the chemical structure of sugar alcohols is a hybrid between a sugar molecule and an alcohol molecule
A sugar alcohol is also know as a polyol and can be classified as a carbohydrate.
Most sugar alcohols are artificially modified in a way that does not occur naturally – derived from cornstarch from genetically modified corn
The most common being: Sorbitol, Isomalt, and Maltitol
Although included in most sugar free products, sugar alcohols do have a caloric value.
Each gram of a sugar alcohol turns into anywhere from less than 1 to as much as 3 calories.
Erythritol, which is expensive comes in lowest, delivering less than one calorie per gram, which is less than a quarter of the carbs in a teaspoon of table sugar.
Maltitol, the most frequently used sugar alcohol, provides the most carbs with 3 calories per gram, which is only one gram less than the 4 calories you find in regular sugar and starch.
Why Use Sugar Alcohols
The reason sugar alcohols are used is because they are slowly and incompletely absorbed in the body.
Once they are absorbed they use very little to no insulin to convert to energy. Not all of the sugar alcohol passes into the bloodstream. The rest passes through the small intestine and into the large intestine.
Sugar alcohols are incompletely absorbed, meaning they don’t initiate the same insulin response as they would if someone had consumed regular sugar.
They are also used in reduced calorie or low carbohydrate diet foods because they are used to replace the more energy dense carbohydrate sugars in the diet, thus lowering the total energy/calories of a food product.
This is useful in the management of weight control and can help people trying to lose weight
How to Calculate
Ex: Carbs: 20, Sugar Alcohol: 10, Total Carbs: 15
This sounds like a good thing, what’s the downside?
Gastrointestinal Problems
The big problem with sugar alcohols is that they are, for the most part, indigestible and have the potential to disrupt the functioning of the lining of the gut.
This is the very tissue that is already compromised for those suffering from diabetes and other autoimmune disorders.
The body’s inability to effectively break down sugar alcohols causes them to arrive for the most part intact when they reach the intestines.
At that point, a process called “passive diffusion” takes place whereby the sugar alcohol that was consumed draws water into the bowels. This results in only partial breakdown.
The unmetabolized portion begins to rot, creating the perfect environment for undesirable bacteria and pathogens to feed, thrive, and grow.
An imbalanced intestinal environment where pathogens and other undesirable microbes have a favorable place to exist is exactly the set of conditions that eventually compromise the gut lining, damage the critical enterocytes that line the gut wall, and promote the development of autoimmune disease symptoms.
While sugar alcohols do not feed pathogenic yeasts like Candida albicans like sugar does, the fermentation of undigested sugar alcohols has the potential to exacerbate yeast problems. (2,3)
Study
One study compared products containing regular sugar and those containing maltitol and looked at the short-term digestive tolerances
The study took 36 healthy subjects aged 18-60 years and 32 completed it
The subjects consumed six different mixtures of dextrose, maltitol and scFOS (short-chain fructooligosaccharides) added in a chocolate dairy dessert at a dosage of 35 g.
Test days were separated by 2-week washout periods.
The subjects reported the intensity of four individual gastrointestinal (GI) symptoms, and number of bowel movements for the 48 h following consumption of the dessert
Researchers found that flatulence, borborygmi, bloating and discomfort was significantly higher for all the desserts containing maltitol than for those containing dextrose (4)
References
1) Marketing Tricks that Make Carb Counting Tough: Net Carbs, Sugar Alcohols. etc. (n.d.). Retrieved from
2) What You Need to Know About Sugar Alcohols | Breaking Muscle. (n.d.). Retrieved from
3) How Sugar Alcohols Harm Gut Health and Worsen Symptoms. (n.d.). Retrieved from
4) Digestive tolerance and postprandial glycaemic and insulinaemic responses after consumption of dairy desserts containing maltitol and fructo-oligos… – PubMed – NCBI. (n.d.). Retrieved from 9 How Long to Get Into Ketosis After Your Cheat Day

Natural Ways to Reduce Glyphosate (GMO chemicals) in Your Body

Most Pain is Referred Pain

What Causes a High Pulse Rate?The Purpose of Potassium Scroll to top