Blog - Latest News
You are here: Home1 / Keto Course2 / Is Intermittent Fasting the Way to a Healthy Gut?

Is Intermittent Fasting the Way to a Healthy Gut?

More specifically, you want help with Is Intermittent Fasting the Way to a Healthy Gut??

This Post Was All About Is Intermittent Fasting the Way to a Healthy Gut?. 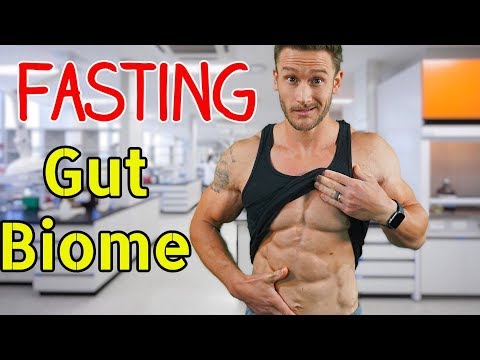 Click Here to Subscribe:
Get MY groceries at MY price with Thrive Market:
My Website:
Is Intermittent Fasting the Way to a Healthy Gut? – Thomas DeLauer
Bacterial Clearance
A study published in the Scandinavian Journal of Immunology found that intermittent fasting (alternate day fasting for 12 weeks) helped Salmonella-infected mice clear the pathogenic bacteria more quickly through a heightened immune response
Fasting prevented the bacteria from crossing out of the gut and resulted in elevated levels of IgA, an antibody or protein that boosts the integrity and immune function of mucous membranes like those lining the intestines
Specifically, compared with the infected ad libitum mice, the intermittently fasted infected animals had lower intestinal and systemic bacterial loads and higher IgA plasma cell levels
Why this Occurred
The underlying mechanisms of the protective effects of intermittent fasting against salmonella infection are likely related to the metabolic stress elicited by fasting
Stress is capable of modifying the normal intestinal flora composition, which in turn is able to modulate intestinal IgA production
IgA is the most abundant antibody in mucosal secretions and has been recognized as a first line of defense in protecting the intestinal epithelium from enteric pathogens
Fasting & Fat Burning – Microbiome
A study published in the journal Cell Metabolism found that every other day fasting alters the gut microbiome composition to promote an increase in the number of mitochondria in the fat tissue of mice
The study described a “microbiota-fat axis” linking fasting-induced microbial shifts to a beiging in white fat tissue
One underlying mechanism was likely because of increased expression of a gene (Mct1) coding for a receptor on white fat cells that drives acetate and lactate transport across their membranes
In other words, upregulation of Mct1 resulted in elevated gut microbe fermentation products acetate and lactate that in turn promoted white adipose tissue browning
Additional Resources
1)
2)
3)
4)
5) 9 How to Reverse a Fatty Liver

7 Red Flags That You May Not Be Getting Enough Sleep

SULFUR: The Most Important Element in DetoxificationPost Menopausal Estrogen Deficiency Scroll to top