This Post Was All About Intermittent Fasting | 3 Ways to Break Weight Loss Plateaus- Thomas DeLauer. 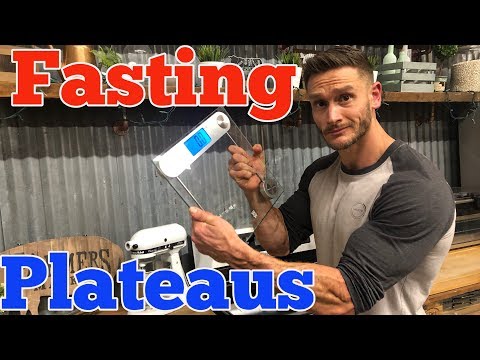 Click Here to Subscribe:
Website:
Get the Apparel I Wear at
Intermittent Fasting | 3 Ways to Break Weight Loss Plateaus- Thomas DeLauer…
Morning vs Evening Workouts Study:
In the morning, levels of insulin, cortisol, and total and free testosterone are all higher; the norepinephrine response to the exercise is higher in the morning, and so is the response of glucose as well – which gives you a hormonal advantage
Study – journal PLoS One:
Looked at the effect of time of day on performance, hormonal and metabolic response during a 1000-M cycling time trial in 9 recreational cyclists, average age 31
The participants performed a 1000-m TT at either 8 am or 6 pm, in randomized, repeated-measures, crossover design a 1000-m cycling time-trial
There was also a main effect of time of day for insulin, cortisol, and total and free testosterone concentration, which were all higher in the morning (+60%, +26%, +31% and +22%, respectively) The norepinephrine response to the exercise was increased in the morning (+46%), and it was accompanied by a 5-fold increase in the response of glucose.
Evening Workouts (Better Performance):
Core body temperature is low at night, rises quickly upon awakening and reaches a maximum in the early evening, and lowers before bedtime. The optimal body temperature for strength training normally occurs in the late afternoon to early evening 3:30pm till 8:30pm. During this time window, one has an optimal nerve conduction velocity, joint mobility, glucose metabolism and muscular blood flow – this is because core body temperature is the temperature at which your central organs operate. Enzymatic reactions are extremely sensitive to minor variations in your core body temperature – for the biological systems involved in high intensity physical exercise, the optimal temperature is relatively high. So, as mentioned, high core body temperatures improves nerve conduction velocity, joint mobility, glucose metabolism and muscular blood flow. Most people can achieve higher muscle activation levels in the evening compared to the morning – we more quickly adapt to heat stress than we do to hypoxia. As a result, core body temperature correlates with exercise performance – people are normally strongest when their core body temperature reaches its daily peak.
Push Workouts to the End of Fasting Period:
p70s6 kinase serves as an indicator of muscle growth as increased levels of p70s6k may lead to a faster transport of amino acids into the muscle cell membranes, which should lead to a more rapid and potent anabolic response to post-workout nutrient ingestion.
2 Week Break:
Study – International Journal for Obesity- The study investigated the body’s “famine reaction” continued dieting and its impact on weight loss in 47 obese men. Two groups of participants aged 30 to 50 were randomly assigned to a 16-week diet which cut calorie intake by one third, 23 of whom maintained the diet continuous. The others did it for two weeks – then broke from for two weeks eating simply to keep their weight stable. This cycle was repeated for 30 weeks in total to ensure 16 weeks of dieting. The intermittent dieters had an average weight loss of 31lbs vs 20lbs in the control – six months later; fat mass lost was 27.1lbs in the intermittent group vs 9.2lbs in the control.
**While reduction in absolute REE did not differ between groups (INT: -502 vs CON: -642), after adjusting for changes in body composition in was significantly lower in INT (INT: -360 vs – 749)**
Concluded that when we reduce our energy (food) intake during dieting, resting metabolism decreases to a greater extent than expected; a phenomenon termed ‘adaptive thermogenesis’ – making weight loss harder to achieve.
This ‘famine reaction’, a survival mechanism which helped humans to survive as a species when food supply was inconsistent in millennia past, is now contributing to our growing waistlines when the food supply is readily available
Keto Bulk:
Published in the Journal of Physiology, researchers investigated the effects of adaptation to a ketogenic low carbohydrate (CHO), high fat diet (LCHF) during 3 weeks of intensified training on metabolism and performance of world‐class endurance athletes (21 subjects) – subjects were “elite race walkers.”
2.1g of protein per kilogram translate to 1g of protein per pound
And it was found that blood ketone (β‐hydroxybutyrate) concentrations were elevated within the range of 0.8–2.0 mmol*
3 Join Dr. Berg and Karen Berg for a fact-filled Q&A on Keto

What Do You Do When Nothing Works For Weight Loss

Signs that You Have a Fatty Liver