This Post Was All About Immune System Hacks: How Inflammation is Measured- Thomas DeLauer. 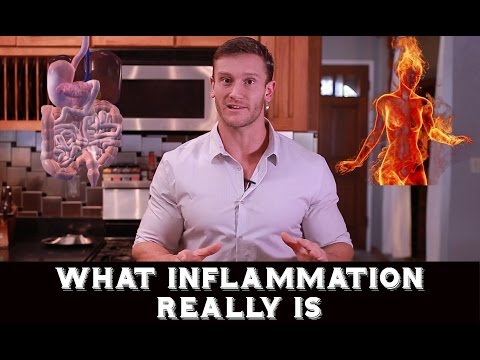 Immune System Hacks: How Inflammation is Measured- Thomas DeLauer:
We deserve to know how inflammation affects us. This quick educational piece will teach you! Learn more at
Inflammation is the body’s response to injury and infections and is essential in healing. This is how the immune system responds and delivers white blood cells and other things essential for getting well. When we have chronic inflammation, however, this becomes a problem. Chronic inflammation can lead to other diseases and can also be a signal of conditions in the body. But how can you know if you have chronic inflammation in the body? It is not always as obvious as bloating, and even when it is, the cause and treatment may not be clear. When a part of your body is inflamed that inflamed tissue will release extra proteins into your blood. These extra proteins can be found in blood tests and are known as inflammation markers.
3 common tests for increased protein: ESR, CRP and PV-
ESR (erythrocyte sedimentation rate): A blood sample is taken and treated with a chemical so that the red blood cells will fall away from the clear liquid plasma. The rate at which the red blood cells fall is measured. When certain proteins are present they will cause the red blood cells to stick together and fall more quickly. Thus a high ESR rate shows that there is inflammation somewhere in the body.
CRP (C-reactive protein): CRP is a substance that is produced in the liver. More CRP is produced when there is inflammation in the body. Increased CRP is tied to the increase of one specific protein and is thus a bit more specific than an ESR, but still does not reveal what condition specifically is causing the inflammation.
PV (plasma viscosity): Similar to ESR, but used specifically for rheumatoid arthritis
Evaluation of these tests over time acts as a signal to a doctor, and provides additional information about inflammation.
ESR and PV change more slowly than CRP. CRP is affected by fewer factors than PV and ESR, making it a better marker for certain types of inflammation. Raised ESR, CRP and PV are signs of many infections, including:
-bacterial infections
-some cancers
-Crohn’s Disease
-rheumatoid arthritis
-muscular and connective tissue disorders
-infections post-surgery
These are non-specific tests and further tests are needed to narrow down the specific cause of the inflammation. Doctors will often recommend these tests twice or more spread out over weeks to months to see how the levels change over time. As CRP changes more quickly it is often used to see how well a treatment is going. Lower CRP signals an improvement.
Quantitative Immunoglobulins Test: Another test that is often run to find inflammation markers, is one that measures the levels of the three main immunoglobulins (IgG, IgA, IgM). Both high and low levels are markers of different conditions and diseases. Immunoglobulins are antibodies that are produced during your body’s response and play a role against bacteria, viruses and other microorganisms. This test is run when chronic inflammation is suspected or continuous infections occur. This helps to diagnose and monitor conditions. Used together and with other tests depending on symptoms and results, it is possible to diagnose and measure progress to treatment for many diseases, such as inflammatory bowel disease and rheumatoid arthritis.
Understanding Treatment: When an area in the body is inflamed, COX-1 and COX-2 enzymes produce more prostaglandins (PGs), which play a key role in the inflammatory response. When you notice redness, swelling and pain, this is due to the prostaglandin response. Nonsteroidal anti-inflammatory drugs work to block the synthesis of PGs and thus the pain associated with inflammation. Future therapeutic measures for chronic inflammation may look at PG signaling. PGs may play a role in both the formation and resolution of inflammation. Lifestyle changes such as healthy eating and exercise are key in reducing chronic inflammation.
References:
1. Blood tests to detect inflammation
2. Elevated C-reactive protein
3. Quantitative Immunoglobulins
4. Prostaglandins and Inflammation
l Brain Science: Neuroplasticity- How to Train your Brain with Dr. Salcido What is Collagen Protein? | Fix a Leaky Gut- Thomas DeLauer

Full Day Of Eating Ep.13 | Cereal and Cookies For DaaysHow To Read & Understand Your Cholesterol Numbers Scroll to top