Blog - Latest News
You are here: Home1 / Keto Course2 / Foods to Avoid Pre-Workout: What Not to Eat- Thomas DeLauer

More specifically, you want help with Foods to Avoid Pre-Workout: What Not to Eat- Thomas DeLauer?

This Post Was All About Foods to Avoid Pre-Workout: What Not to Eat- Thomas DeLauer. 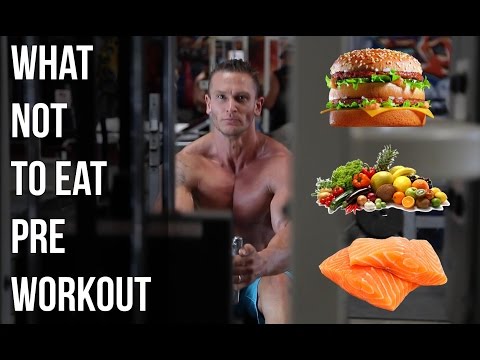 Foods to Avoid Pre-Workout: What Not to Eat- Thomas DeLauer
Learn more at
There is lots of information out there on what foods to eat pre-workout. Just as important to your performance are the foods to be sure to avoid pre-workout. When you work out your body will redistribute blood flow to feed your body’s high energy state. Blood flow to the gut and liver is reduced by nearly 80% during exercise as it is redirected to your muscles, heart, lungs and brain. Especially for long lasting high intensity exercise, such as running marathons or participating in triathlons, gastrointestinal complaints such as nausea, vomiting, dizziness, cramps and diarrhea can occur when the body redistributes blood flow from the internal organs. In extreme cases blood loss through fecal matter hours after exercise can even lead to death. Damage to the gut during vigorous exercise can lead to increased gut permeability. This can even lead to exercise-induced anaphylaxis, where the increased absorption of food allergens through the gut lead to life threatening responses. You want to be sure to keep your energy high and not experience GI symptoms such as cramping, gas and nausea. If you participate in endurance events, this is of particular importance.
One study surveyed 55 male triathletes regarding their most recent half Iron Man triathlon. 52% reported some form of GI upset. They looked at the nutritional content of their post-race meal in comparison with symptoms.
-Those that consumed more fat and protein had higher incidence of the urge to vomit or vomiting
-Those who consumed fiber rich foods reported cramping
-Stomach ache and more severe complaints were correlated with consuming a hypertonic beverage
-Those who consumed iso- or hypotonic beverages were not found to have as severe of complaints as those who consumed hypertonic beverages
*Hypotonic beverage = those with less than 4g of sugar per 100 mL, has low osmotic pressure. Taken up by the body more quickly than water
*Isotonic beverage = contains from 4g to 8g of sugar per 100 mL, similar to osmotic pressure of bodily fluids. Taken up by the body more quickly than water
*Hypertonic beverage = Over 8g of sugar per 100mL, higher osmotic pressure than bodily fluids. The main use should be to supply energy, not hydrate.
Foods Hard to Digest: We have all done it – had a big meal and then gone lifting or for a run. You can experience moderate symptoms such as stomach bloating or pain, and this can even go to more extremes of cramps or acid reflux. When you work out, you want there to be very little food left in the gut. In order for food to digest quickly, blood needs to be directed to the gut. When you work out blood needs to be directed to your muscles, heart and lungs. Clearly both cannot occur adequately at the same time, leading to a lower quality workout and digestive problems if you eat too much or the wrong foods pre-workout. When you work out you are depending on the energy that your body produces when it uses glycogen to break down stored fat, not energy from your recently consumed meal. While a small amount of caffeine and some readily available BCAAs can help with immediate energy and muscle building, you do not need much more than that to get the most of your workout. You want to avoid foods that take excess time for your body to digest. These include high fat foods, such as cheese or a hamburger. Also avoid slow digesting proteins such as chicken, meat and fish. It is better to consume a fast digesting protein powders – ie whey isolates.
Tips: Eat very little food right before a workout. Be sure that your liver glycogen is full – so if you have not eaten in a number of hours, be sure to have a fruit smoothie or piece of fruit to give you the energy you need. Consuming fast-digesting protein before and during the workout is great, however, try to avoid slow digesting protein powders or foods high in protein, such as meat and chicken. How you eat even the day before a workout will impact the quality of your workout. A healthier body with more energy can do more than a body with high cholesterol or blood pressure. Avoid processed foods and eat lots of fruits, veggies and organic foods.
1. Food-dependent, exercise-induced gastrointestinal distress
2. Gastrointestinal complaints in relation to dietary intake in triathletes
3. What are hypotonic, isotonic and hypertonic sports drinks?
s Ketosis & Fasting: Why They Are So Effective Together- Thomas DeLauer

OMAD is Effective, but 2MAD is Better (and safer)