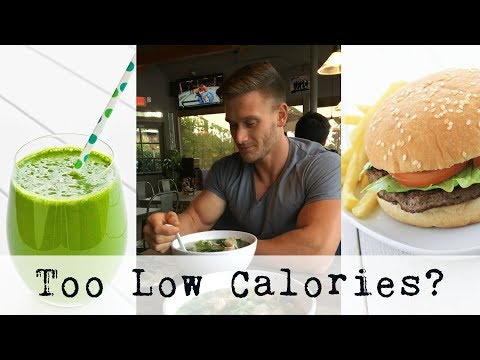 Be sure to Subscribe for 3x Videos per Week!
How Does it Work?
Fat Burning Hormone: Leptin & Cheat Meal Science: Thomas DeLauer
Leptin is actually a hormone – meaning that once it is released it will travel to another area of your body to make things happen
Once leptin is released from your fat it enters your blood and travels up to your brain, delivering a message as to how much fat (fuel) you have on hand
*The hypothalamus in the brain is what controls leptin. The hypothalamus is comprised of an elaborate system of leptin receptors*
When your brain answers the leptin, it tells you how fast you can run your metabolism based on how much gas is in your gas tank
Your brain has no way to see how much stored fat you have on hand, it relies on the leptin to determine your state of overall nutrition and fuel reserves
If the leptin signals that it’s low, it means eat more. When you’ve eaten enough, leptin levels rise, and the leptin in your brain now says you’re full – resulting in a full signal
Simply put, it lets your brain know how much fat is in your body. As leptin levels rise, your appetite diminishes. As leptin levels fall, your appetite increases (1)
Leptin and Metabolism
Once you do get a leptin-related full signal then permission is given for your body’s metabolism to get in gear and go
When leptin levels are adequate your metabolism begins to run faster
When leptin levels are too low your brain thinks there is a famine and your metabolic rate is set to hibernation mode – metabolism slows down
Simply put, it regulates the rate of fat breakdown. As leptin levels rise, your metabolic rate increases. As leptin levels fall, your metabolism slows (1,2)
Leptin Resistance
The body doesn’t always listen to the leptin message and leptin resistance occurs
The leptin signal isn’t being heard, so it cannot stimulate your metabolism or suppress your appetite
Because fat cells produce leptin in proportion to their size, obese people have very high levels of leptin
Given the way leptin is supposed to work, these people’s brains should realize they have a sufficient amount of fat
The problem is that the leptin signal isn’t working. There’s excess leptin floating around that the brain doesn’t see
When the brain doesn’t receive the leptin signal, it thinks that the body is starving, even though it has more than enough energy stored
Causes the brain to think that we need to eat more and conserve energy – makes us
overeat and feel lazy (2,3)
Physical activity and enough sleep may help to reverse leptin resistance
Having high blood triglycerides can prevent the transport of leptin from blood and into the brain – the best way to lower triglycerides is to reduce carbohydrate intake
Bottom line: what we consider necessary for good health and weight loss is what’s necessary to keep leptin levels in check
A re-feed day is a day where you increase your calories up to maintenance calories or slightly above by increasing your carbohydrate intake
The purpose of a re-feed day is to help boost your metabolism and help restore your Leptin levels – way of telling your body that you aren’t starving, and that there’s food available
Leptin is highly responsive to glucose metabolism
So when doing a re-feed, you will benefit much more if the majority of your additional calories are coming from good sources of carbohydrates that will turn into glucose (potatoes, pasta, rice, bread, oats and grains)
When done this way, leptin levels will show a significant rise over if you had eaten a surplus of calories coming from more protein, fat, or fructose
More simply, by having a re-feed day you will spike your leptin levels back up and kick start your metabolism to burn more fat – 1 step back, 2 steps forward (4)
References
1) What is Leptin? | Health & Wellness News. (n.d.). Retrieved from
2)Leptin: How to Make This Fat-Burning Hormone Work for You | HuffPost. (n.d.). Retrieved from
3) Leptin and Leptin Resistance: Everything You Need to Know. (n.d.). Retrieved from
4) Science of Leptin and Re-feed Days | George Heatlh. (n.d.). Retrieved from
5) Clinical Review: Regulation of Food Intake, Energy Balance, and Body Fat Mass: Implications for the Pathogenesis and Treatment of Obesity. (n.d.). Retrieved from
6) Obesity is associated with hypothalamic injury in rodents and humans. (n.d.). Retrieved from / How to Relieve Stubbed Toe Pain…Instantly