This Post Was All About Fasting: Reduce Inflammation | Boost Longevity- Thomas DeLauer. 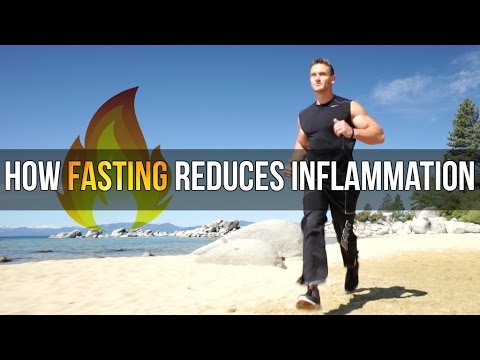 Fasting: Reduce Inflammation | Boost Longevity- Thomas DeLauer…
How Does Fasting Affect Inflammation – There’s more to it than just “not eating” at
Fasting has been used as a medical and therapeutic tool for thousands of years. Intermittent fasting is a tool that is used frequently in the fitness space to maintain muscle while burning fat. The idea is to go without food for a period of time so that you deplete your immediate energy sources, ie your blood glucose and liver glycogen stores, so your body is forced into fat-burning mode. It also boosts human growth hormone, which is known to play a role in bone strength and lean body mass.
Two approaches: Full Day Fast or Daily Fast-
We are discovering that not only does IF help with fitness goals, but it also has an effect on inflammation. Inflammation is involved in many of today’s chronic conditions, including gastrointestinal diseases, arthritis, obesity, asthma and cancer. We experience inflammation when our body is trying to heal itself, but when the reaction becomes chronic, negative health impacts occur.
Fasting and Inflammation-
Inflammation is a major cause of musculoskeletal disorders, ranging from short term back pain to arthritis and osteoporosis. One study on rheumatoid arthritis found that fasting reduced the inflammatory symptoms of RA. 14 individuals with RA were studied before and after a 1 week fast. It was found that fasting reduced the release of leukotriene B4 from RA neutrophils, reduced the generation of cytotaxins from serum and altered the phospholipid fatty acid composition. Leukotriene B4 (LTB4) plays an important role in several cellular processes involved in inflammation, including oxidative metabolism, enzyme release and stimulation of neutrophil migration and aggregation. It is known that altering your lipid intake changes the phospholipid fatty acid composition of cell membranes. This has an impact on the precursor substance content for the production of inflammatory leukotrienes. It has been shown that a diet high in fish oil decreases the production of LTB4, so this experiment wanted to see how total calorie reduction would impact this. It was also shown that the phospholipid composition changed with a resulting reduction of LTB4 production. No adverse effects of fasting were found in the study, only lightheadedness and a bit of weakness during the fasting period.
Several other studies have shown that a calorie restriction diet, which is reducing your calories without malnutrition, reduce inflammatory markers. This occurred through the reduction of inflammatory cytokine production, including reduced tumor necrosis factor and interleukin-6.
Studies have shown anti-inflammatory effect of CR on the brain tissue (hypothalamus), serum, liver and heart. Chronic inflammation can harm every part of our bodies, including the brain. Chronic neuroinflammation is typical in many neurodegenerative diseases, including depression and Alzheimer’s. In a 2015 study on rats it was found that IF reduced the risk of damage to brain function in both younger and older rats when looking at neurodegenerative diseases linked to central nervous system inflammation. Researchers at the Yale School of Medicine conducted a study on mice in 2015 and found that beta-hydroxybutyrate (BHB) produced by fasting inhibits NLRP3, a set of proteins known as the inflammasome. The inflammatory response in several disorders is driven by the inflammasome. These disorders include auto-inflammatory disorders, Alzheimer’s, type 2 diabetes and
autoimmune disorders. BHB is produced when you fast, consume a ketogenic diet, do high-intensity exercise or experience calorie restriction.
References:
1. Role of therapeutic fasting in women’s health: an overview
2. Effects of fasting on disease activity, neutrophil function, fatty acid composition and leukotriene biosynthesis in patients with rheumatoid arthritis
3. Calorie restriction with a high fat diet effectively attenuated inflammatory response and oxidative-stress related markers in obese tissues of the high diet fed rats
4. Effects of intermittent fasting on age related changes on…in rat hippocampus
5. Auto-inflammatory mechanism of dieting and fasting revealed
d