This Post Was All About Clean Keto on a Budget – Costco Grocery Haul. 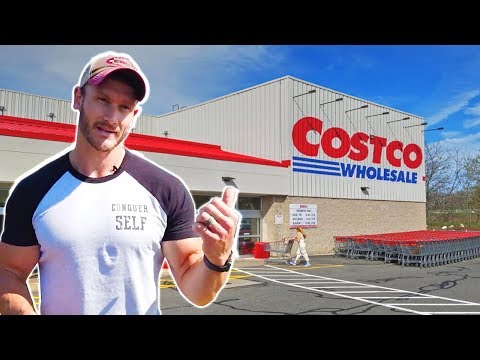 It’s time to go Clean Keto Shopping with Science!
Click Here to Subscribe:
My Website:
Clean Keto Shopping at Costco – Grocery Haul – Thomas DeLauer
Check Out Lakanto Online:
I might recommend you start with your meat sources first. Helps keeps you in the ranges you need to be in as far as your budget goes.
Beef Jerky is tricky, its not automatic “Keto”. The Kirkland brand seems to be the best. 1oz, 4g of sugar. Ill go ahead and i’ll get it.
One thing, i don’t want to blow my whole budget on snack. Thats one thing you have to worry about. Costco, its easy to blow your budget on snacks. A lot of things in costco you have to be careful of but theres also some hidden gems.
Bone Both, its a cool item but a bit pricey. we’ll see how my budget is looking throws the end. Now, Chia seeds you’re mainly looking at a soluble fiber. Soluble fiber is one gram is going to hold a lot of water. Chia puddle makes it easy. 2.5 carbs i’ll actually count.
Califlower rice packets. it’s kinda cool its on the go but pretty pricey for the budget.
Ok, Tuna. What i love about Costco is they have the Chunklight options. Chunklight is actually better than albacore. People think that Albacore is the more higher quality stuff, its higher quality when it comes to dense. Chunklight is a small fish. Its better on your body.
Unfortunately, the sardines they have here are in olive oil. I’m not anti- olive oil, olive oil is great, good quality fat, good profile on it, its just going to be a little more fragile and since you can’t cook with it. I go for sardines in water because you can control the fat content a little more. When you pick a sardine out of oil, you can control how much fat comes out with it. It’s important to get the bone in.
People always have issues with can salmon. believe or not, i don’t. it’s actually wild caught. I’m not going to get this simply because i already gotten can fish and can tuna. But still, not a bad item
Rice, not going to work.
This stuff, frankly is just junk. It’s more filler than it is meat.
Ok, here’s something thats a bit sneaky: Sundried tomatos. People think “oh i can put this on my squash”, 70 cal but 52 servings per container. You know how easy it is to eat one serving? pretty easy an that’ll be 6 grams of crabs. Rice is the first ingredient.
Artichoke Hearts. These are pretty cool. Cool thing about artichokes are they are one of the most powerful prebiotic fibers.
I almost fell into this trap. Seaweed snacks. Seaweed chips. still have a bunch of carbs in them. Seaweed with almonds, but its a bit tricky. look at the servings per container. Seaweed is probably one of the best sources to get iodine. Seaweed flakes is a get way to get your iodine in.
ACV 3 for 6.99, great deal!
Coconut oil for 10 buck. this will last for at least a year.
Monkfruit is the way to go over other sweeteners. Lankato. Check them out. I like pecans and walnuts. high omega-3s. I can go organic or not, i’m going to Organic, higher omega-3.
People ask about lemon juice. This is a good time to bring it up. People ask “Can i use a bottled lemon juice instead of fresh?” always use fresh as much as possible but this is preserved pretty well.
Oh, Avocados. 7.99 for these big avocados is a good price. i can cut one of these open and have it for two or three days.
I’m happy to fly to a different part of the country to really done one other different grocery store. I don’t have Kroger’s on the West Coast so maybe I’ll fly somewhere to do a Kroger’s. Anyhow, thank you all very much. See you soon.

The 4 Health Benefits of Olives

The Best Way to Know if You Have Low Stomach Acid

Brains and Ketones 🔴LIVE with Dr. Boz Scroll to top