This Post Was All About Carbs & Fat: Metabolism Made Easy | CoQ10- Thomas DeLauer. 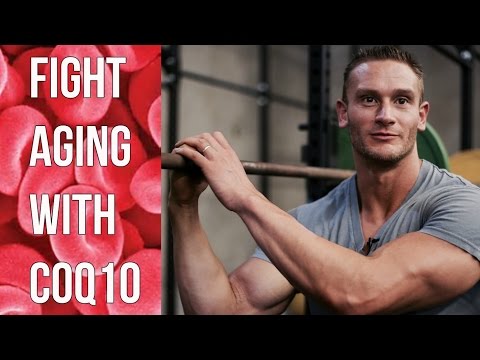 Carbs & Fat: Metabolism Made Easy | CoQ10- Thomas DeLauer…
What is CoQ10? Coenzyme Q10 (CoQ10), also known as Ubiquinone, is an essential nutrient that acts as an antioxidant within the body and is found in most aerobic organisms from bacteria to mammals. There are various types of Coenzyme Q, but the most common type in human mitochondria is CoQ10. The mitochondria – also known as the powerhouse of cells – produces ATP within the body, which in turn provides the body with the energy it needs to function. CoQ10 is involved in the synthesis/manufacture of Adenosine triphosphate (ATP).
As most cellular functions are dependent on an adequate supply of Adenosine triphosphate (ATP), CoQ10 is essential for the health of virtually all human tissues and organs. (5)
for all your business, health, and fitness answers.
How CoQ10 Works: Mitochondrial ATP synthesis-
The conversion of energy from carbohydrates and fats to adenosine triphosphate (ATP), the form of energy used by cells, requires the presence of coenzyme Q in the inner mitochondrial membrane. As part of the mitochondrial electron transport chain, coenzyme Q accepts electrons from reducing equivalents generated during fatty acid and glucose metabolism and then transfers them to electron acceptors. At the same time, coenzyme Q transfers protons outside the inner mitochondrial membrane, creating a proton gradient across that membrane. The energy released when the protons flow back into the mitochondrial interior is used to form ATP. (1)
3 Benefits:
1) Powerful Antioxidant-
Coq10 is an effective fat-soluble antioxidant. CoQ10 has been found to inhibit lipid peroxidation, which occurs when cell membranes and low-density lipoproteins are exposed to oxidizing conditions that enter from outside the body. When LDL is oxidized, CoQ10 is one of the first antioxidants consumed to help offset the effects. Within mitochondria, coenzyme Q10 has been found to protect membrane proteins and DNA from the oxidative damage that accompanies lipid peroxidation and neutralize free radicals directly.
2) Regulate Blood Pressure/Hypertension:
Two short-term placebo-controlled trials found that coenzyme Q10 supplementation resulted in moderate blood pressure decreases in hypertensive individuals.
Second Study/Trial-
In 2007 Meta-analysis was performed in 12 clinical trials (362 patients) comprising three randomized controlled trials, one crossover study and eight open label studies. The meta-analysis of 12 clinical trials, including 362 hypertensive patients, found that supplemental coenzyme Q10 reduces systolic blood pressure by 11-17 mm Hg and diastolic blood pressure by 8-10 mm Hg. (2)
3) High Cholesterol:
People with high cholesterol tend to have lower levels of CoQ10, so CoQ10 has been proposed as a treatment for high cholesterol, but scientific studies are lacking. There is some evidence it may reduce side effects from conventional treatment with cholesterol-lowering drugs called statins, which reduce natural levels of CoQ10 in the body. Taking CoQ10 supplements can bring levels back to normal. Plus, studies show that CoQ10 may reduce the muscle pain associated with statin treatment. (1)
References:
1) Coenzyme Q10. (2017, January 03). Retrieved February 05, 2017, from
2) Coenzyme Q10 in the treatment of hypertension: a meta-analysis of the clinical trials. – PubMed – NCBI. (n.d.). Retrieved from
3) Effect of hydrosoluble coenzyme Q10 on blood pressures and insulin resistance in hypertensive patients with coronary artery disease. – PubMed – NCBI. (n.d.). Retrieved from
4) Coenzyme Q10 | University of Maryland Medical Center. (n.d.). Retrieved from
5) Coenzyme Q10: The essential nutrient. (n.d.). Retrieved from 1 The Biggest Indicator for Prediabetes is….

Digestion Made Simple: MUST WATCH!Agave Nectar vs. High Fructose Corn Syrup: WHICH IS BETTER? Scroll to top