This Post Was All About Caffeine: Burn Fat and Boost Your Mood?- Thomas DeLauer. 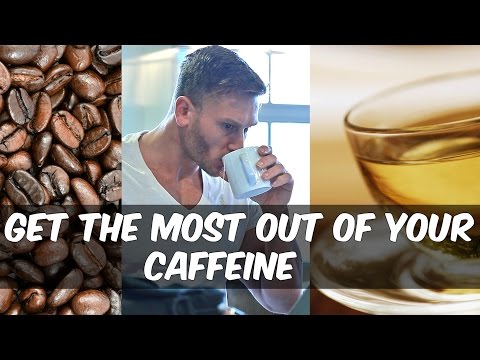 Caffeine: Burn Fat and Boost Your Mood?- Thomas DeLauer:
Let’s learn a bit more about caffeine and fat loss! Learn more at
The traditional consumer of caffeinated beverages partakes to feel more energetic and concentrated. How does this work? Caffeine is a stimulant that affects the central nervous system. Adenosine is a neuromodulator that binds to receptors in the brain, causing neural activity to slow, leaving us feeling sleepy. Caffeine acts as adenosine antagonists, taking the place of adenosine on receptors in the brain, stopping that natural slow down. This causes metabolism to increase for 3 hours post consumption, but also temporarily raises blood pressure and heart rate, causing a stronger and faster heartbeat.
Negative effects can include: headache, inability to sleep, nausea, irregular heartbeat, nervousness and tachycardia. This generally occurs at an excess of 200 mg caffeine, however it differs person to person.
Caffeine & Fitness: Caffeine is a diuretic, thus you may not want to consume excess when completing activities such as marathons. Beneficial effects have been found – in fact caffeine is banned by the International Olympic Committee! Caffeine has been shown to mobilize fat stores for fuel rather than muscle glycogen, particularly during the first 15 minutes of exercise. This is great both for fat loss and for the length of time you can exercise.
Timeline: Peak blood concentration occurs roughly 30 minutes post consumption. Half-life in one study of male volunteers was found to range widely from 2.7 to 9.9 hours.
Caffeine Content of Common Drinks/ Energy drinks:
-Introduced in 1987 in Austria – 10 years late in the US
-Caffeine content ranges from 50 mg to 505 mg per bottle, with most at 70 to 200 mg per 16 ounce serving
Soda: Found to range from around 5 to 74 mg of caffeine per can. Pepsi was found to come in at roughly 39 mg, Coke at 34 and Mountain Dew at 55 mg.
Coffee: -Preparation method and the beans themselves can greatly affect caffeine content
-Generally, lighter roast coffee has higher caffeine than darker roast.
Drip – 110 to 150 mg
Percolated – 65 to 125 mg
Instant – 40 to 80 mg
Tea: White, green and black teas are the most common types of tea which contain caffeine. They all come from the same plant, however they are harvested at different times and have differing levels of oxidation.
-Longer steep time yields higher caffeine content
-While it is often believed that black tea has higher caffeine content, one study found that white, green and black teas had similar caffeine contents and increased the longer the tea is steeped.
-White teas are traditionally steeped for less time at cooler temperatures, green a bit longer at a bit higher of temperatures, and then black tea at increased temperatures for longer periods of time.
-It is this treatment and not whether the tea is white, green or black that determines the caffeine content of the tea that you drink.
-The study that compared many teas found that for white, black and green teas that the caffeine content was as follows:
-Following 1 minute steep: 14 mg to 59 mg per 6 ounces
-Following 3 minute steep: 22 mg to 59 mg per 6 ounces
-Following 5 minute steep: 25 mg to 61 mg per 6 ounces
What About Supplements? Many of us have taken supplements that contain caffeine, generally for mental energy and concentration or for increased performance at the gym.
There are different kinds of synthetic caffeine that are added:
Caffeine Anhydrous- This is the most common and pretty much pure caffeine. It may be more effective than caffeine in coffee for fitness and muscle building purposes.
Caffeine Citrate- Not as cost effective as caffeine anhydrous. It is about 45-55% caffeine. Improved shelf life of a product due to antimicrobial benefits and lowering of pH.
Dicaffeine Malate- This supplement is likely absorbed as quickly as caffeine anhydrous, but hopefully with less upset stomach symptoms. There are also natural caffeine supplements, which include tea extract, coffee extract, guarana, mate and kola.
References:
1. Caffeine and coffee: their influence on metabolic rate and substrate utilization in normal weight and obese individuals
2. Energy beverages: content and safety
3. Caffeine content of common beverages
4. Caffeine content of prepackaged national brand and private label carbonated beverages
5. Caffeine content of brewed teas
6. Caffeine
7. Caffeine: all you need to know
p