This Post Was All About Brown Fat & Body Heat Activated by Olive Oil!. 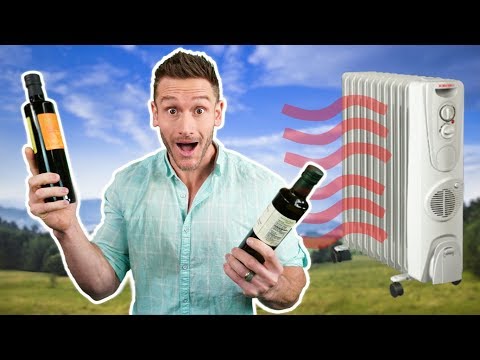 Click Here to Subscribe:
Get MY groceries at MY price with Thrive Market:
Get My Free Email Newsletter at My Site:
Special Thanks to my team and Nicholas Norwitz – Oxford Ketone PhD Researcher and Harvard Med Student – for working diligently on research as well!
Brown Fat & Body Heat Activated by Olive Oil! – Thomas DeLauer
Olive oil might just be one of the most powerful fat-burning foods that we can consume. Don’t get me wrong, MCT oil is great, too, but the research surrounding the fat-burning abilities of olive oil is truly astounding. In this video, we will do a deep dive into the INSANE benefits of Olive Oil, and discuss its magical component, OEA. Enjoy and I’ll see you in the comments!
Understanding Fats: Which Fats are Not Stable:
Saturated Fats | 4 Great Sources Beyond Meat:
Coconut Oil vs. MCT Oil: What’s the Difference?:
Eat this Fat NOT that Fat: Comparing Different Fats:
Why Fasting with ONLY Coconut Oil has AMAZING Benefits:
How to Do Mediterranean Keto – The FUTURE of Low Carb:
Nicholas Norwitz – Oxford Ketone PhD Researcher and Harvard Med Student:
References
https://escholarship.org/content/qt0fh5f213/qt0fh5f213.pdf Get Mentally Prepared for the New Year with these 4 Tricks

The 5 Causes of Sleep Problems

Can the Ketogenic Diet Cause Brain Tumors (Glioblastomas)?

Best and Worst Oils at the Grocery Store – Full Guide (with @FlavCity... Scroll to top