This Post Was All About 3 Foods to Reduce Estrogen to Lose Weight- Thomas DeLauer. 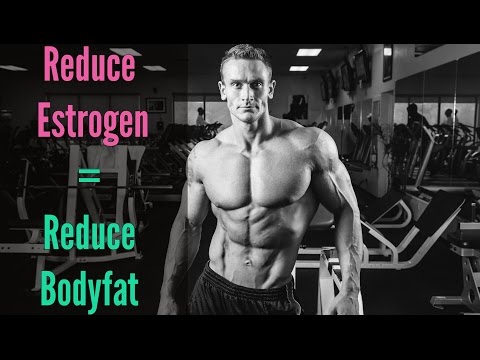 Please Subscribe for 3-4x Videos Per Week + Live Broadcasts!
Learn More Ways to Boost Your Brain and Improve Your Body at
Get The Clothes That I Wear at 40% Off – Use Code TD40 at
3 Foods to Reduce Estrogen to Lose Weight is an effective segment on the effects of estrogen on dieting and fitness.
One of the worst enemies for men is high levels of estrogen. Period. In this video I’m going to give you my three foods to avoid at all costs if you’re trying to have the energy to stay focused in the office, and in the gym. And at the end, I’m going to give you a food that you can eat to help GET RID of the extra estrogen
When we have high levels of estrogen, it generally means that we have lower levels of testosterone and higher levels of what is called aromatase activity. This aromatase activity is the enzymatic conversion of androsterone and testosterone into estradiol, more commonly known as E2 or estrogen. For what it is worth, high levels of estrogen cause excess belly fat, increased levels of the stress hormone cortisol, and also fatigue and a serious lack of drive and motivation.
1) The first food, is simply put, refined sugar and excess carbohydrates. The simplest way to put it is that when you eat carbohydrates and spike your insulin, you lower an important hormone called Sex hormone binding globulin, this hormone is responsible for binding testosterone and estrogen and when the hormone is too low, it leaves you with too much estrogen floating around in the bloodstream, leading to the myriad of effects. Replace the carbs with healthy fats to stimulate testosterone production rather than killing it off. Fat = Conversion to testosterone, sugar = no binding and more estrogen!
2) The next food to avoid is non-organic dairy products. Now, I am not one that is against dairy; I think that it has it’s place in moderation, but for the person that is trying to be as productive as possible, consuming too much dairy is flat out going to slow you down. But conventional milks and other dairy products have so much in the way of medications it wreaks havoc on the system.
Research Bomb – In a study from the Interdisciplinary Graduate School of Medicine and Engineering in Japan it was found that conventional milk contains large amounts of estrogen and progesterone and is shown to suppress gonadotropin, which suppresses testosterone.
The solution is to opt for Organic Milk or even goat’s milk when given the opportunity.
3) The last food to avoid is one you’ve probably heard talks about… and that is SOY.
Soy contains something called xenoestrogens. Xenoestrogens mimic estrogen in the body, but aren’t real estrogen. This throws off your body and causes you to sometimes produce even more. This happens because we are not consuming true soy. So much of the soy that we eat is genetically modified that it doesn’t have the natural benefits of some of the other potentially healthy soy out there.
I work with a lot of clients that are vegetarians and they need a solution for a vegetarian protein powder, in this case I recommend pea protein.
4) Now lastly, as promised I want to give you a way that you can reduce estrogen in your body and help your body get rid of it easier…
Cruciferous veggies – things like broccoli and cauliflower… Why? Because they have a component called indole-3-carbinole that is being shown time and time again to reduce levels of estrogen in the body, but they also have levels of sulfur in them which detoxify the body quite well too. So not only do you reduce serum levels of estrogen within the body, but you also help the body eliminate them easier. Since estrogen levels are actually highest at night and lower during the day, it’s most important to eat your big bowl of broccoli before bed.
As always, nourish your brain, your body, and your business and I’ll see you in the next video!
Del Fabbro E, Garcia JM, Dev R, Hui D, Williams J, Engineer D, Palmer JL,
Schover L, Bruera E. Testosterone replacement for fatigue in hypogonadal
ambulatory males with advanced cancer: a preliminary double-blind
placebo-controlled trial. Support Care Cancer. 2013 Sep;21(9):2599-607. doi:
10.1007/s00520-013-1832-5. Epub 2013 May 8.
Maruyama K, Oshima T, Ohyama K. Exposure to exogenous estrogen through intake
of commercial milk produced from pregnant cows. Pediatr Int. 2010 Feb;52(1):33-8.
doi: 10.1111/j.1442-200X.2009.02890.x. Epub 2009 May 22
Auborn KJ, Fan S, Rosen EM, Goodwin L, Chandraskaren A, Williams DE, Chen D,
Carter TH. Indole-3-carbinol is a negative regulator of estrogen. J Nutr. 2003
Jul;133(7 Suppl):2470S-2475S
Subscribe to the Thomas DeLauer Channel Here: 1 Keto Over 40: How to Diet Differently

Is Your Exercise Routine Making You Sick?