You are here: Home1 / All Articles2 / Keto Course3 / Top Cheeses to Eat on Keto (and avoid)

More specifically, you want help with Top Cheeses to Eat on Keto (and avoid)?

This Post Was All About Top Cheeses to Eat on Keto (and avoid). 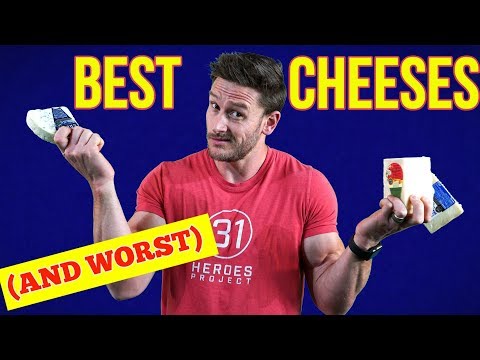 Found that metabolites produced by Penicillium roqueforti, andrastins A-D and roquefortine, have the ability to inhibit bacterial growth and reduce inflammation by increasing Peritoneal macrophages

Peritoneal macrophages are the macrophages that reside in the peritoneal cavity, a fluid-filled space located between the wall of the abdomen and the organs found in the abdomen

In the absence of peritoneal infection or inflammation, peritoneal macrophages are thought to have anti-inflammatory functions.

Artificial man-made trans fatty acids may not be healthy for humans, CLA, however, is a naturally occurring trans fatty acid, and is exempted from the labeling requirement because it is not considered to be harmful

One specific CLA isomer, 10E,12Z-CLA, has been associated with health benefits, such as reduced adiposity – impairs lipid storage in adipose tissue by altering the lipid metabolism of white adipocytes

a review paper that pooled the data from 18 controlled trials found that given at a dose of 3.2 g/d, CLA produces a modest loss in body fat in humans – can cause an average fat loss of about 0.1 kilograms per week, or 0.2 pounds per week, for about 6 months

Goat cheese, also known as chèvre, is a tangy, soft cheese made from goat’s milk

Goat’s milk has more medium-chain fatty acids than cow’s milk, which are rapidly absorbed in your body and less likely to be stored as fat

Furthermore, goat cheese may be easier for some people to digest than cheese made from cow’s milk. This may be because goat’s milk is lower in lactose and contains different proteins.

In particular, goat cheese contains A2 casein, which may be less inflammatory and less likely to cause digestive discomfort than the

A1 casein found in cow’s milk

Mozzarella is a soft, white cheese with high moisture content. It originated in Italy and is usually made from Italian buffalo or cow’s milk.

Ture parmesan made in Italy uses farm-fresh milk from cows that have never been fed silage (dried animal feed), which is very different from the processed parmesan you find in a plastic shaker

Since it’s aged for a long time, Parmesan is very low in lactose and can usually be tolerated by most people who have lactose intolerance

It’s benefit is that it’s high in protein, but has a higher casein content than you’d get in milk

Anything that’s processed cannot legally be sold as ‘cheese,’ and is marketed instead as a cheese product’—meaning it contains less than 51% cheese.”

FDA labeling guidelines so that you can gain insight into what you might be eating:

Powerade vs Gatorade Scroll to top