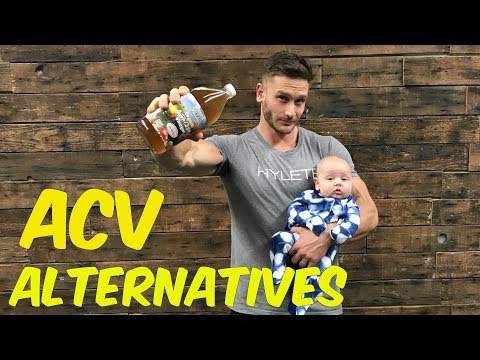 Why ACV is Good for You: Vinegar has been used to fight infections, heal wounds, and manage diabetes for more than 2,000 years.1 Based on scientific studies, it appears that acetic acid content is what gives ACV its health benefits. Studies support two main benefits of acetic acid: reducing glucose response and increasing satiety. These benefits are especially important for those with diabetes and for managing weight, respectively.1

In a 2015 study published in the Journal of Diabetes Research, researchers performed a randomised, crossover study on humans to determine the effect of vinegar on glucose metabolism in muscle.2 Muscle is the most important tissue when it comes to insulin-stimulated glucose disposal.
Eleven subjects with type 2 diabetes consumed either vinegar or placebo before a mixed meal, and then consumed the opposite one week later. Multiple measures were taken, including preprandial and postprandial (at 30-60 in for 300 min) plasma glucose, triglycerides, insulin, glycerol, and nonesterified fatty acids (NEFA). Muscle blood flow and glucose uptake were also calculated. As compared to placebo, vinegar increased forearm glucose uptake, decreased plasma glucose, insulin, and triglycerides, and did not change glycerol and NEFA. These results indicate that in individuals with type 2 diabetes, vinegar reduces postprandial hyperinsulinemia, hyperglycemia, and hypertriglyceridemia without affecting lipolysis. As an increase in glucose uptake by the muscle was observed, it is possible that the effect of vinegar on glucose metabolism is thanks to an improvement in skeletal muscle insulin action.

Antiglycemic + Improved Satiety: In a 2005 study published in the European Journal of Clinical Nutrition, researchers measured the effect of white bread and vinegar with varying concentrations of acetic acid on blood glucose levels and satiety of 12 healthy human subjects.3 White bread was consumed either alone or with vinegar containing 1.1, 1.4, or 1.7 g acetic acid. Blood glucose concentrations were taken 30 minutes post-meal and measures of hunger/satiety were taken at before the meal and 15 minutes post-meal. It was found that feelings of satiety increased linearly with the quantity of acetic acid consumed with the meal, and that blood glucose concentrations were significantly reduced in all acetic acid concentrations when compared to the control. This effect was strongest for the 1.7 g acetic acid and weakest for the 1.1 g acetic acid. This study demonstrates that foods containing acetic acid may help individuals to feel more full, thus being less likely to eat too much. Both studies demonstrated a benefit in the body’s ability to process glucose when acetic acid was consumed.

What Other Foods have Acetic Acid? Luckily, even if you don’t like ACV, you can still obtain acetic acid from your diet in other forms. Here are some options:

1. Any vinegar – even balsamic vinegar, which you can use on salads
2. Pickled products that have been pickled in vinegar – pickles, sauerkraut, relish
3. Kombucha tea
4. Ketchup and mayo, as both contain vinegar

You may also take ACV capsules to avoid the harsh taste while still getting the benefits.

The Benefits of Ashwagandha

Always Fast During an Infection

Cod Liver Oil vs Fish Oil: Is there a Difference?

The MOST Carcinogenic Nut is..