This Post Was All About Top 3 Vegan Deficiencies: Helpful Tips for Vegans. 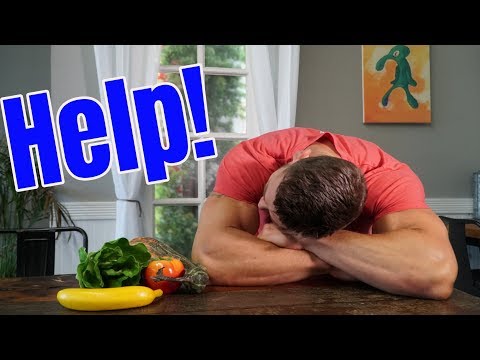 Case Study: Even though caloric intakes were similar, strict vegetarians (vegans) had lower mean BMI than all other groups and non-vegetarians (omnivores) had the highest BMI when compared over 5 years.

A 2013 study published in the Journal of the Academy of Nutrition and Dietetics looked at the dietary patterns of 71,751 subjects, who ranged from vegans to omnivores. People were categorized into:
● Nonvegetarian
● Semi-vegetarian
● Pesco vegetarian
● Lacto-ovo vegetarian
● Strict vegetarian (vegan)

Data was collected from 2002 to 2007 through a lengthy questionnaire.

If you decide to give vegan a go, here are the top 3 most common deficiencies that you should look out for, and ways to rectify them.

Why vegans can be deficient: Vitamin B12 is almost exclusively found in animal foods, including meats, dairy, eggs, and fish.

Many plant milks and vegan processed foods include added B12, however if you are eating a whole food vegan diet where you do not consume many processed foods, you are at especially high risk of a deficiency.

What vitamin B12 does:
● Involved in the making of DNA and red blood cells
● Nerve health
● Linked to energy, mood, and memory
● Crucial for brain health

Why vegans can be deficient: There are 3 omega-3 fatty acids: ALA, EPA, and DHA. Plant foods do not contain sufficient quantities of EPA and DHA. Fish and seafood are the best sources, so even omnivores who do not eat seafood are at risk of not getting enough DHA.

Besides sea veggies, EPA and DHA are hard to come by without supplementation if following a vegan diet.

The body can convert ALA into EPA and DHA, however many factors can influence how much ALA is converted (age, genetics).

What omega-3 fatty acids do:
● DHA is particularly important for brain health
● Impacts mood and memory

Any diet can easily be deficient in calcium, however a vegan diet is one where you will want to pay particular attention.

Phytates in plant foods (which have health benefits, so not all bad) combine with minerals such as calcium, inhibiting absorption.

Oxalates found in leafy greens and some other foods can also inhibit absorption, but not eliminate it completely.

Essentially meaning that the very greens that are doing us good, can slow us down if it’s over the top.

You also need to have sufficient vitamin D levels to absorb calcium, which is a struggle for many of us, no matter our diet.

The best solution is to utilize vitamin D so that you can absorb minimal amounts of calcium maximically.

To set yourself up for success with a vegan diet, be sure to include a daily vitamin B-12 supplement, and be sure you are consuming sources of omega-3s and calcium daily.

1. Micronutrients and women of reproductive potential…

3. Novel insights into the effect of vitamin B12 and omega-3 fatty acids on brain function

Get Deeper into Ketosis – New Research on Gut & Ketones

Cavities: The 2nd Most Common Disease Worldwide…but Why?