This Post Was All About Top 3 Safest Carbs (Low Glycemic and Gluten Free). 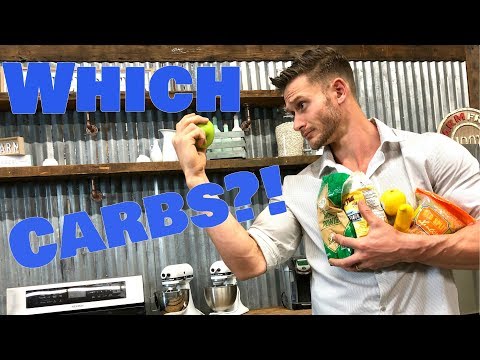 The “glycemic index” (GI) is a term used to describe the blood glucose response to a particular food – is a method of ranking the effects of different carbohydrate-rich based foods based on their effects on blood sugar.

High-GI foods pass rapidly through your digestive system and into your bloodstream, driving up your blood glucose levels and causing insulin to spike.

Low-GI foods, on the other hand, pass more slowly through the digestive system and enter the bloodstream gradually, which keeps insulin levels low. (1,2)

Asparagus contains significant quantities of the nutrient inulin. Inulin is a kind of complex carbohydrate that is commonly known as prebiotic.

It does not get digested until it reaches the large intestine, where it is fed upon by a kind of good bacteria like Lactobacilli. This aids in the improved absorption of nutrients

Asparagus contains racemofuran, which is a phytochemical that has anti-inflammatory effect on the body

By inhibiting an enzyme called cyclooxygenase (or COX), racemofuran interferes with the chemical reactions that end up causing pain when your body’s inflammatory response is prompted. (3,4)

Grapefruit contains a specialized antioxidant, naringenin that has been shown to improve insulin sensitivity and help maintain a healthy weight – naringenin makes the liver burn fat instead of storing it.

While most people think of buckwheat as a whole grain, it’s actually a seed that is high in both protein and fiber.

It supports heart health and can help prevent diabetes and digestive disorders – buckwheat seeds, also called “groats,” are packed with nutrients and antioxidants

Rutin can also reduce the rate at which oxidized LDL cholesterol attracts the white blood cells that transform it into the plaque that hardens arteries.

6) All You Need to Know About Oxytocin and Related Genes – Selfhacked. (n.d.). Retrieved from

7) Health Benefits of Rutin – Dosing, Side Effects and FAQs About Rutin. (n.d.). Retrieved from l

OrganicFit.TV – We Workout to Live, not Live to Workout