This Post Was All About Top 3 Foods to Help Irritable Bowel Syndrome and Stomach Issues. 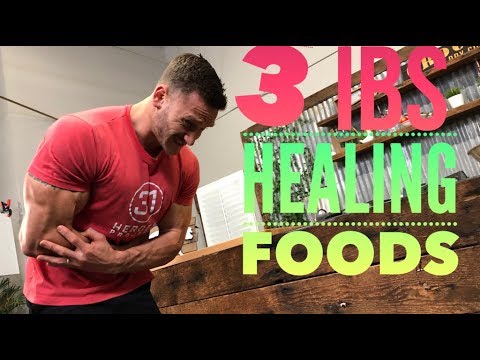 IBS is a cluster of symptoms, including cramping, diarrhea, constipation, bloating and gas.

The exact cause of IBS is not understood, leading to difficulties in treatment.
● It does appear that IBS is more common in more developed countries

One common recommendation is the low FODMAP diet, where one avoids foods that contain fermentable carbohydrates
● It is thought that these foods can lead to increased liquid in the intestine and then to diarrhea, as well as bloating and gas
● Restrictive diet where it is nearly impossible to get sufficient vitamins and minerals
● No conclusive research showing this to help

If there is no exact science as to what foods to avoid, is there any supporting foods to consume?

A 2004 study published in the Journal of Alternative and Complementary Medicine found that turmeric extract improved IBS symptoms; the study was not placebo controlled

207 volunteers with IBS were given either one or two tablets of turmeric extract daily for 8 weeks and then reported their symptoms.

A significant reduction in reported pain and symptoms occurred, however there was no difference between the groups. Roughly ⅔ of participants reported a decrease in their symptoms following treatment.

One possible problem with peppermint oil is an increase in heartburn symptoms, although this side effect occurred less frequently than did improvement of IBS symptoms, so still good for most of those who suffer with IBS.

People with IBS usually have gut flora that has changed, so foods that encourage the growth of beneficial bacteria in the gut is likely to help IBS symptoms

Recruited 60 otherwise healthy patients with IBS and split them into a control group and a test group. The test group received Lactobacillus plantarum daily for 4 weeks.

The test group experienced improved flatulence during the 4 weeks and better GI function when compared to the control group 12 months after the experiment.

Lactobacillus plantarum is the most prevalent bacteria found in sauerkraut, a food made from fermented cabbage.

1. Herbal medicines for the management of irritable bowel syndrome: a comprehensive review

3. Peppermint oil for the treatment of irritable bowel syndrome: a systematic review and meta-analysis

4. Irritable bowel syndrome: what helps – and what doesn’t

6. Alteration of intestinal microflora is associated with reduction in abdominal bloating and pain in patients with irritable bowel syndrome
3

My Home Gym Tour – How I Built my Garage Gym

16:8 Intermittent Fasting – EVERYTHING You Need to Get Started

Is it Safe to Eat an Avocado Pit?

This Prolonged Fasting Mistake Increases Cortisol TOO Much

My “Fat Surging” Technique to Lose the Last 15lbs