This “Anti-Keto” Study Made me SO MAD! (Keto Makes You Fat)

More specifically, you want help with This “Anti-Keto” Study Made me SO MAD! (Keto Makes You Fat)?

This Post Was All About This “Anti-Keto” Study Made me SO MAD! (Keto Makes You Fat). 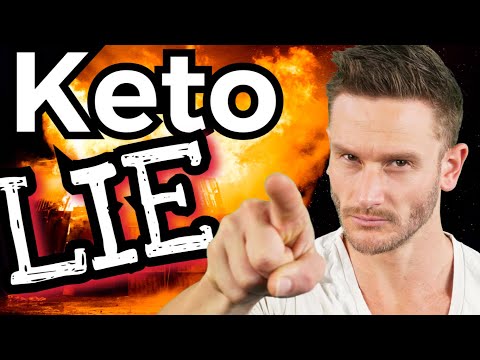 It’s important that I am honest and to say that this video does have a sponsorship from Ujido, supporting them is a good way to support my channel!

What are γδ T cells?

Mice, and particularly the mice used in this study, are a problematic model for 3 reasons:

(i) Unlike big-brain humans, mice did not evolve to eat a high-fat keto-style diet. Their metabolism is primed for carbohydrates. It’s actually impressive that keto diet studies have previously shown any benefit in mice at all.

(ii) Because of (i), mice aren’t good at producing ketone bodies as compared to humans. In this study, carbohydrates provided 0.1% of the keto diet group’s energy. This is not representative of a human keto diet (unless carnivore). Even in humans, long-term restriction of all carbohydrates could cause adverse effects secondary to all fiber restriction and consequent negative shifts in the gut microbiome. This is an active area of inquiry.

(iii) Unlike humans, mice overeat to the point of obesity on keto diets. This is, perhaps, the most important model limitation to note with regard to this paper. It is a well-recognized phenomenon that some mice allowed to feed ad libitum on high-fat keto diets overeat and become obese. The mice used for this study were (intentionally) of that sort. Even in the first week of feeding, the ketogenic mice gained more weight than the control mice and tripled their fat mass. Over the “long-term,” defined in this study as ~3 months, this obesogenic effect accumulated).

What is short-term; what is long-term?

In this study, short term is 1 week; long-term is 2-3 months. When used colloquially and with respect to humans, “long-term” tends to imply years, if not decades. We already have published data on “long-term” (2-year) ketogenic diets suggesting ketogenic diets are beneficial for metabolic health, at least in certain patient populations:

This paper found that, short-term (1 week), a ketogenic diet in mice caused a decrease in inflammation that was associated with an increase in the number of γδ T cells in the visceral fat. This beneficial effect occurred despite the fact that, even over 1 week, the ketogenic mice gained fat. This is consistent with a model in which anti-inflammatory effects of ketones overpowered the pro-inflammatory effects of 1 week of weight (and visceral fat) gain.

The paper found that long-term (2-3 months) a ketogenic diet in mice induced obesity and an associated increase in the amount of visceral fat decrease in the number of γδ T cells in that visceral fat. This caused an increase in inflammation and a metabolic syndrome-like phenotype.

Importantly, it was the obesity that most likely caused the adverse health consequences, as other studies using mice that didn’t become obese on a ketogenic diet have reported such results as a 13% increase in median lifespan and increase in skeletal muscle and cognitive health span:

*The authors of this paper are not attempting to “keto-bash” nor suggest that long-term ketogenic diets in humans are unhealthy. This paper is about the novel role γδ T cells in ketosis.

Heart Disease Starts When You Are a Kid