You are here: Home1 / All Articles2 / Keto Course3 / The Underlying Cause of Diabetes

More specifically, you want help with The Underlying Cause of Diabetes?

This Post Was All About The Underlying Cause of Diabetes. 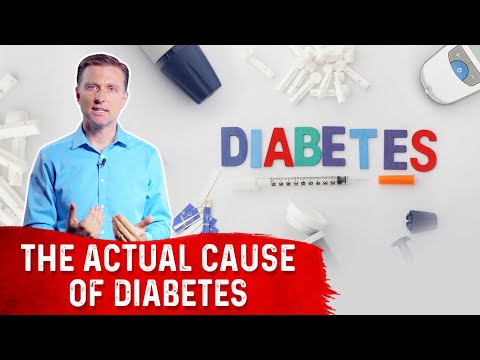 Dr. Berg talks about the deeper cause of diabetes. He discusses the relation between diabetes and insulin and what you need to know about the foods you eat.
What controls the balance of sugar is insulin. Insulin acts as a cellular key to allow glucose to go into the cell and another function is to lower sugar.
Diabetes is a insulin deficiency. You can have a situation where the body makes too much insulin which causes your cells to ignore it. This results in diabetes. What causes insulin to increase?
Too many carbohydrates and refined sugars.
Protein or amino acids can cause a small increase in insulin.
Adding sugar and protein will double the insulin production.
Just eating in general will increase insulin.
Cortisol (stress hormone) will cause increase insulin.
Saturated Fats do NOT cause increase in insulin.

By keeping these points in, you will be able to manage your insulin resistance and address the deeper causes of diabetes. See two successes of applying these data.

How Decisions Affect Our Lives

How Sweets and Grains Deplete Your Vitamins