You are here: Home1 / All Articles2 / Keto Course3 / The Amazing Benefits of Alpha Lipoic Acid

More specifically, you want help with The Amazing Benefits of Alpha Lipoic Acid?

This Post Was All About The Amazing Benefits of Alpha Lipoic Acid. 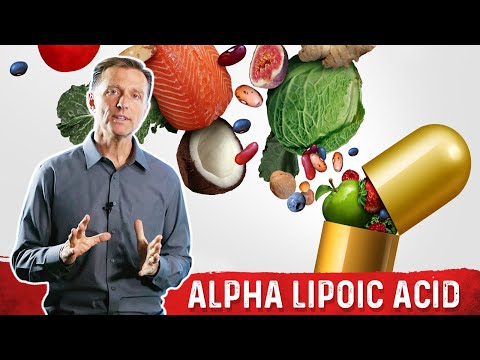 You need to know more about this powerful antioxidant.

Alpha lipoic acid is a very powerful antioxidant. If you’re a diabetic, alpha lipoic acid can protect the tissues from that. It can also help with damage within the mitochondria. Alpha lipoic acid acts as a sponge to soak up free-radicals and protect against oxidation.

Alpha lipoic acid can act as a chelator to help detoxify mercury from the body, which can also produce oxidation. Alpha lipoic acid is also a lipid antioxidant, so it’s good for areas of the body that are lined with lipids (like your nerves).

If you’re going to take alpha lipoic acid as a supplement, try taking 600mg, 3 times a day, on an empty stomach.

How to Figure Out Your Perfect Exercise

THE ULTIMATE IIFYM FAST FOOD CHALLENGE Drive Thru Restaurants ONLY

Detox and Die-Off: The Herxheimer Reaction Scroll to top