This Post Was All About The 5 Biggest Keto Myths – Debunked. 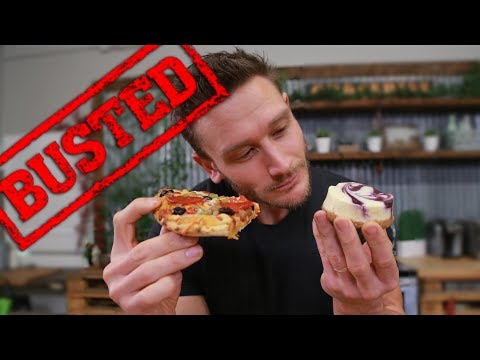 This process is called gluconeogenesis, and despite it being crucial to your survival, it’s highly misunderstood:

Our body can’t ever drop glucose levels to zero, even on ketosis – just as too much glucose is toxic, too little can kill you

The brain also needs a little bit of glucose to work optimally, but not only glucose – Ketones can cover up to 70% of your brain’s energy needs, while glucose from GNG can cover the rest

Happens after a meal, while you sleep, during a fast, during an extended fast total glucose goes down only because glycogenolysis declines as glycogen stores run out, but GNG stays the same
*when your body runs out of glycogen, it relies completely on gluconeogenesis

*Researchers found that on keto, excess glucose made from gluconeogenesis was stored as glycogen instead of being used as fuel*

A lot of keto dieters think that you can eat however much when in ketosis, and while ‘not all calories are created equal’ (explained below), being in a caloric surplus day over day won’t result in weight loss

The first law of thermodynamics (or the law of conservation of energy) states that energy cannot be created or destroyed – when applied to weight control, this law translates to the basic formula:

This traditional viewpoint argues that the food eaten is unimportant and that a calorie is a calorie – to lose weight, create a calorie deficit by either eating less or burning more; to gain weight, increase calorie intake

The loss of energy as heat through the thermic effect of food is consistent with the second law of thermodynamics, which states that some energy is always lost in any chemical reaction.

The idea that “a calorie is a calorie” defies this law

Sources vary on the exact numbers, but it’s clear that protein requires
much more energy to metabolize than fat and carbs

Ketoacidosis, also known as diabetic ketoacidosis (DKA), is a life-threatening condition in which your body doesn’t make enough insulin – can cause you to have dangerously high levels of ketones and blood sugar

Inadequate insulin levels result in the failure of the body to utilize blood glucose as a fuel source – rather, to compensate the decreased energy levels, the body starts breaking down fat, resulting in ketones

Without insulin to control the amount of ketones produced during this process, an excessive amount is produced

When excessive amount ketones build up in the blood, it seriously alters the normal chemistry of the blood and interferes with the functions of multiple organs

They make the blood acidic, which causes vomiting and abdominal pain – if the acid level of the blood becomes extreme, ketoacidosis can cause falling blood pressure, coma and death

The NLRP3 inflammasome reacts quickly to threats to the body, such as toxins, infections, or too much glucose

While helpful in many cases, this receptor can be activated too much if we’re constantly exposed to inflammation, like from eating inflammatory foods every day

By triggering ketosis, we may be able to help reduce how much the NLRP3 fires in the body