You are here: Home1 / All Articles2 / Keto Course3 / The 10 Commandments of Keto: Full Success Guide

More specifically, you want help with The 10 Commandments of Keto: Full Success Guide?

This Post Was All About The 10 Commandments of Keto: Full Success Guide. 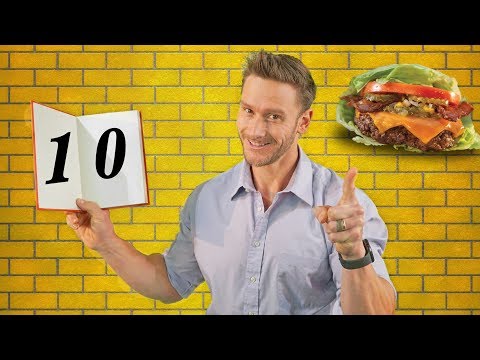 Get My Pricing on Ample Keto:
Ample Keto with Pea Protein:

1) Thou Shall Not Hate Carbs (your body still needs them)

You still need to get your micros in on keto, hence why you shouldn’t neglect certain carb sources (i.e. veggies)

2) Thou Shall Not rely only on MCTs

**Subset of people that greatly increase their fat intake and they think it’ll speed up the fat burning processes, not knowing that fatty acid release is regulated**

4) Thou Shall still Consider Fiber and Sugar Alcohols (sometimes)

If you have one gram of soluble fiber, it draws in a bunch of water with one potential risk factor

Whereas with insoluble fiber, we have to consume 10 grams of insoluble fiber to get the same mechanical amount, to get that same physical structure – 10 units of potential risk

5) Thou Shall not Rely on Ketone Levels all the time

Food increases the liver concentration of malonyl-CoA, inhibits carnitine acyltransferase I and reverses the ketogenic process

6) Thou Shall Get Adequate Minerals in

Carbs hold a lot of water, so when in a ketogenic state – especially in the beginning – your body burns through your stored glucose, so you’ll be releasing a lot of water

This occurs because glycogen is stored along with water in a ratio of 3-4 grams of water for every 1 gram of stored carb – as glycogen is depleted, water is lost

Under conditions of low insulin, the kidneys absorb less sodium and excrete more into the urine – the primary action of insulin on sodium balance is exerted on the kidneys to stimulate sodium reabsorption

7) Thou Shall not be Afraid of Protein

Our body can’t ever drop glucose levels to zero, even on ketosis – just as too much glucose is toxic, too little can kill you.

It’s a myth that eating too much protein on keto can “activate” gluconeogenesis, spike your blood sugar, and instantly kick you out of ketosis

Get My Pricing on Ample Keto:
Ample Keto with Pea Protein:

9) Thou Shall Evade the Keto Police (if you come out of keto, it won’t hurt you)

Do You Eat When You Are Not Hungry?

Change your Gut with Vitamin D

The Type of Carbs to Avoid on a Ketogenic Diet