You are here: Home1 / All Articles2 / Keto Course3 / Sugar & Carb Withdrawals: How to Bounce Back

Sugar & Carb Withdrawals: How to Bounce Back

More specifically, you want help with Sugar & Carb Withdrawals: How to Bounce Back?

This Post Was All About Sugar & Carb Withdrawals: How to Bounce Back. 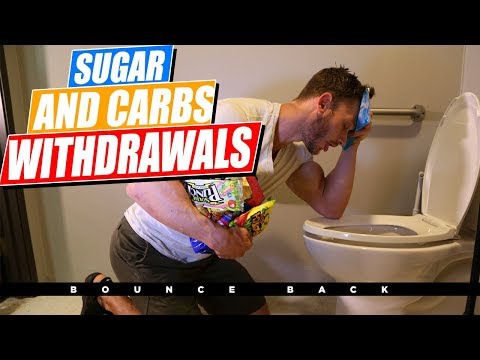 Sugar & Carb Withdrawals: How to Bounce Back – Thomas DeLauer

The American Journal of Clinical Nutrition has found that over 14% of our daily energy here in America is coming from sugar. Not carbohydrates, but straight up sugar. That’s pretty darn severe. So in this video, not only do I want to give you the breakdown of what happens with the sugar withdrawal. I want to help you understand what you can do to help expedite the detoxification process from sugar. Because although some people will tell you that you can’t detox from sugar, the fact is, your body has a natural detoxification process when it comes down to coming off of sugar.

But before I do that, I have to give you an understanding of what’s actually happening in the body. Because most people think sugar’s just bad because it’s a carbohydrate. No. Carbohydrates aren’t bad. This is way beyond that. You see, we have a specific area of our brain. It’s called the nucleus accumbens. This nucleus accumbens actually receives the sugar and produces dopamine. Have you ever heard of dopamine before? What dopamine is is the neurotransmitter that is related to our pleasure and our reward senses. So when someone compliments you or when you do something that feels good, you have a surge of dopamine. It helps you feel like you’ve accomplished something. Now, on that same note, it’s the same kind of thing that happens when you do a recreational drug. For instance a drug that’s going to trigger your dopamine receptors is going to make you feel really good. It’s going to make you feel very elated and energetic. And that’s exactly why you get addicted to it because you get addicted to that feeling.

But believe it or not, sugar acts on the exact same portion of the brain and has the same dopaminergic response as a lot of different various drugs do. You see, what it does is it ends up down regulating that portion of your brain. So it down regulates dopamine production. So you know how if you were to drink say alcohol. And you were to get accustomed to it. You would need more and more and more in order to ultimately have the same desired outcome. The same thing happens with sugar. A lot of times we just don’t realize it. We hear about blood sugar rises and falls, but what really matters is how it’s affecting our brain, how it’s affecting how we feel. So when we have a down regulation of dopamine, it means that we need a lot more to get the same feel good effect that we get from sugar that we subconsciously feel. So what it does is it actually increases the amount of D1 receptors, dopamine one receptors and decreases the amount of dopamine two receptors.

So what this means is the brain actually changes. The genetic structure of the mid-brain changes to allow more sugar, to allow more potential dopamine. But the D2 receptors make it so that we actually don’t produce more dopamine. So our brain changes to accept more, but produce less. And also decreases dopamine transporters. These dopamine transporters pick up dopamine that hasn’t been used and recycle it back to the mid-brain in order to be used again, so that we’re never wasting dopamine. The best analogy that I can give you is like recycling. It’s recycling dopamine. But in this case, the recycling man doesn’t come and pick up the garbage. So it’s like you recycle all these boxes, you recycle all this plastic, you put it in the bin, you put it on the side of the street, and then the garbage man never comes and picks up your recycling. So it just builds and builds and builds and builds. You’re not actually having the recycling of the dopamine that you would ordinarily want.

So we have to understand how can we combat sugar withdrawal knowing this?

The Largest Source of Dietary Sugar Is Coming From….

The #1 Thing Missing in Addiction Recovery

I Tried Keto But It Didn’t Work

Dr. Berg’s Massage Tool: what is it used for?