This Post Was All About Skipping Breakfast is Bad? New Study Results. 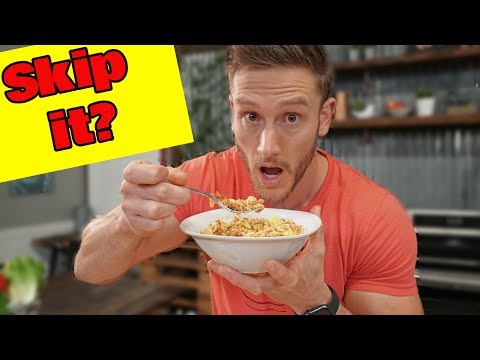 Study – Journal of the American College of Cardiology

Cohort study of a nationally representative sample of 6,550 adults, 40 to 75 years of age, who participated in the National Health and Nutrition Examination Survey III 1988 to 1994

Frequency of breakfast eating was reported during an in-house interview – death and underlying causes of death were ascertained by linkage to death records through December 31, 2011

During 112,148 person-years of follow-up, 2,318 deaths occurred including 619 deaths from cardiovascular disease

In follow-up, skipping breakfast was associated with a significantly increased risk of mortality from cardiovascular disease

Specifically, the study found that those who never had breakfast had a 87% higher risk of cardiovascular mortality compared with people who had breakfast every day

As mentioned, the study involved data from 1988 to 1994 on 6,550 adults who reported how often they ate breakfast in the form of a survey

The major issue is that the subjects who regularly skipped breakfast also had the most unhealthy lifestyle habits – these people were former smokers, heavy drinkers, physically inactive, and also had poor diet quality and low family income

All of those factors put people at a much higher risk for cardiovascular disease than just skipping breakfast – the study attempted to account for these confounders, but it’s hard to keep apart breakfast skipping from their unhealthy lifestyle in general

Note on Breakfast Studies: Some studies are funded by breakfast companies, such as Kellogs, and one study, published in the Journal of Nutritional Science, which found that skipping breakfast had health costs, was funded by the Quaker Oats

A study published in the journal PLoS One looked at the effect of time of day on performance, hormonal and metabolic response during a cycling time trial in cyclists – this is relevant because it looked at their hormone levels during the morning

The study found that insulin, cortisol, and total and free testosterone concentration are all higher in the morning (+60%, +26%, +31% and +22%, respectively) than at night

*In the AM insulin is higher, so want to take advantage of elevated catecholamines*

When you’re constantly eating, you’re consistently releasing insulin, which puts your body into its “absorptive phase”

About four to six hours after you eat, the glucose levels in your blood decrease, triggering your pancreas to produce glucagon

Glucagon signals the fat cells to release free fatty acids (a process called lipolysis), which signals the body to release stored fat to be used as fuel

When the body is fasted, the muscles in the small intestine produce a periodic wave of forward motion called the migrating motor complex

An increase in gastric, biliary and pancreatic secretion is also seen in conjunction with the motor activity

Why Eating Butter Can Make You Skinny

The Purpose of Potassium

This is Your Metabolism After 30 Years Old