You are here: Home1 / All Articles2 / Keto Course3 / Signs that You Have Chronic Inflammation

More specifically, you want help with Signs that You Have Chronic Inflammation?

This Post Was All About Signs that You Have Chronic Inflammation. 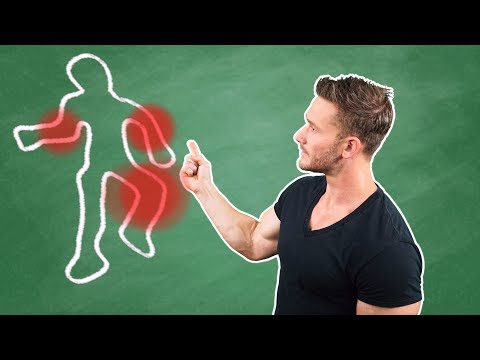 Signs that You Have Chronic Inflammation – Thomas DeLauer

So if you’re struggling with some ailments, some pain, you might want to check them out, even if it’s just because you’re curious after this video.

In fact, here’s an interesting study that was published in Acta Physiologica. It took a look at 18 to 35 year old test subjects, and divided them into two groups. One group, they had consumed 1200 milligrams of ibuprofen as an antiinflammatory, and the other group did not.

Then there’s a couple of other things that we need to look at to understand inflammation. We have what is called nuclear factor Kappa B. Again, sounds complicated and it is, but what it is is a transcription factor.

So remember the army that I talked about, well nuclear factor Kappa B is like the war plan. It’s like you were to roll out just, this is our agenda, this is our whole war plan. It’s the top secret classified documents. Now this nuclear factor Kappa B is the plan and the classified documents that tell the inflammation where to go.

So the way that we can look at it within this simple hierarchy of the soldiers, again, NLRP3 inflammasome is like the White House, or it’s like the political leaders that dictate what is going to happen within the soldier hierarchy.

So if we have NLRP3 inflammasome that’s elevated, then we have, basically, a lot of different delegation that’s going on, sending a lot of different troops to war. So we don’t want this number to be high because this is the ultimate epicenter that trickles down to what the inflammation system is going to do. So if this number is high, we have a problem. So this is the number you really want to look at.

What’s interesting, and this isn’t just something super, super contrived, but there was a study that was published in the Journal Nature Medicine in 2015 that found that beta hydroxybutyrate, which is the main ketone when you’re in ketosis, actually blunts NLRP3 inflammasome. So it stops it from forming.

This is really crazy stuff. Now, the interesting thing is, is that these ketone bodies don’t just block the inflammasome, they actually stop the inflammasome from ever really coming to fruition because they block the flow of potassium ions.

How Much Zinc is Too Toxic?

How to Determine Your Recovery Level Scroll to top