You are here: Home1 / All Articles2 / Keto Course3 / Should You Workout When You Are Fasting?

More specifically, you want help with Should You Workout When You Are Fasting??

This Post Was All About Should You Workout When You Are Fasting?. 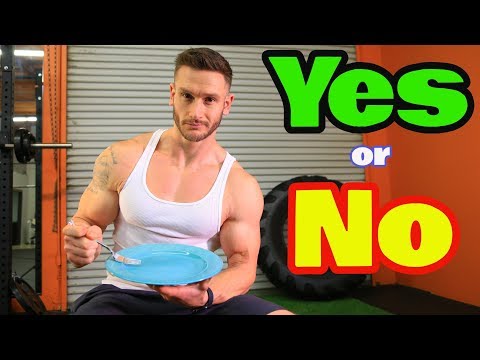 To learn more, visit my website here:
Get the Apparel I Wear at www.

Why would this be?
When you eat, insulin goes up, telling your body to use some of that food energy immediately – the remainder is stored as as glycogen, which you’re trying to burn through during a workout. Insulin’s main action is to inhibit lipolysis – this means that it blocks fat burning, so working out when insulin is low (and adrenaline is high) will yield the most benefits. Exercising in a fasted state increases both lipolysis and fat oxidation rates – your body’s fat burning processes are controlled by your sympathetic nervous system and your SNS is activated by exercise and lack of food. When you train with your insulin at a baseline level, your body is able to both mobilize and burn more fat during your workouts than when insulin levels are elevated.

Fasted Training & Fat Loss:
A study published in The Journal of Applied Physiology found that 6 weeks of training in a fasted state induced a greater increase of fatty acid binding protein.When we fast, we deplete much of our glycogen – our muscles then become much more efficient at using fat for energy.

Another study, published in The Journal of Physiology found that exercise in the fasted state facilitates fibre type-specific intramyocellular lipid breakdown and stimulates glycogen re-synthesis in humans.
Found that 2 hours of submaximal exercise performed after an overnight fast and in the absence of carbohydrate intake during exercise depletes IMTG in type I fibers on the average by 60%

Fasting & Muscle Growth:
A study from the European Journal of Applied Physiology had subjects split into two groups that were trained on two occasions separated by three weeks – one of the sessions was performed on an empty stomach after an overnight fast.
Found: Increased p70s6k phosphorylation during intake of a protein–carb drink following resistance exercise in the fasted state – fasted training group saw a bigger increase in p70s6k
More specifically, fasting group had twice as high levels of p70s6k in comparison to the fed group when measured at the one-hour mark post-workout.

I should note that at the four-hour mark, the differences between the two groups had evened out. The combination of fasting and exercising maximizes the impact of cellular factors and catalysts (cyclic AMP and AMP Kinases), which force the breakdown of fat and glycogen for energy.
Concluded that fasted training affects the post-workout anabolic response to weight training more favorably than fed-state training.

How to Rid Your Addiction….I’m Sorry, I Meant Cravings

How to Avoid Weight Gain When Sleep Deprived

Reversing the Damage from Diabetes Scroll to top