This Post Was All About Self-Discipline | How to Break Bad Habits | Form Good Habits | Real Talk- Thomas DeLauer. 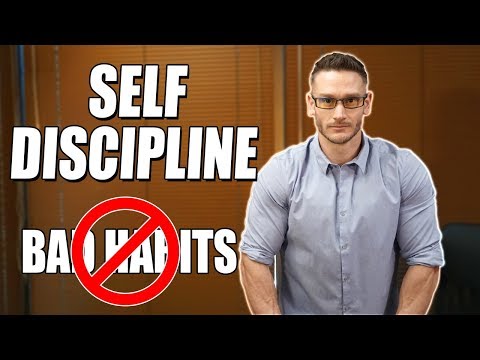 Self-Discipline | How to Break Bad Habits | Form Good Habits | Real Talk- Thomas DeLauer… First, there is the cue, a trigger that tells your brain to go into automatic mode and which habit to use – it’s a trigger from the environment that tells your brain to go into autopilot and which habit to use. Then, there is the routine, which can be physical or mental or emotional action you take whenever presented with the cue. Finally, there is a reward, which helps your brain figure out if this particular loop is worth remembering for the future – it’s what you get from the habit that fulfills a craving in your brain.

Over time, this loop becomes more and more automatic – the cue and reward become intertwined until a powerful sense of anticipation and craving emerges.

When this pattern of “cue-routine-reward” gets repeated many times it becomes more and more automatic.

This is because the more we repeat it, the more it gets wired into our brains (in neuroscience, this is called “long-term potentiation”)

However, by better understanding habit loops, we can more easily disrupt the cycle and rewire our brains to new habits.

Every time a trigger precedes a habit, our brains strengthen the association between a habit and its trigger.

As an association between a habit and a trigger increases, the habit becomes more and more ingrained until we can perform our habits on full auto-pilot.

How to Create a Good Habit-

Many people fail to adequately reward themselves for taking action on a beneficial habit. Most addictive and destructive habits have a built in reward system that requires little or no input from you. Smoking or drinking are all easy habits to adopt because they light up your brain with the neurotransmitter dopamine (and a slew of other pleasure chemicals)

These substances naturally reward your brain and encourage continued usage even though they are harmful to your overall health. On the other hand, many positive habits such as exercise, meditation, focused work, and healthy eating don’t have immediately obvious rewards.

Yes, after extended practice, exercise, meditation, and focused work will all become activities that naturally stimulate your brain in positive ways and reward you for taking action, but they need a little bit of help to get started.

How to Break a Bad Habit/Change a Habit-

So what you need to do is identify your habit loop:

A trigger is defined as an event that kicks off the automatic urge to complete a habit – triggers are the key to forming new habits and breaking old ones, so simply put, triggers make the habit action happen.

A trigger can be anything in our environment which our brains associate with a habit – these contextual factors such as where we are, who we are with, and what just happened have a powerful and invisible effect upon our behavior. An understanding of our triggers is essential for an ability to break old habits – our old habits are constantly being reinforced by their triggers as we tend to repeat what we previously did in a similar situation. If the trigger for an old habit never occurs, the habit loop is interrupted – without repeated reinforcement, the association between habit and trigger weakens through neglect. Therefore, if we can eliminate our exposure to triggers for old habits, we can eliminate the habits themselves.

Why We Get SO HOOKED on JUNK Food – Psychology and Physiology

How Many Carbs Should a Diabetic Eat?

Melancholy: The Real Cause

How to Start Keto Correctly