This Post Was All About Overcoming Keto Plateau After 6-8 Weeks. 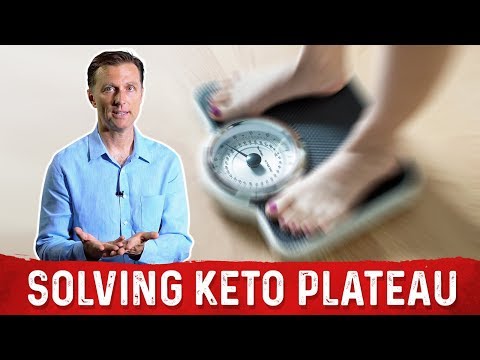 In this video, Dr. Berg talks about keto plateau. This is when you get into the ketogenic diet plan and you lose a lot of weight initially for the first few months, then weight loss starts slowing down. Losing weight is not a normal thing or the body, it is “anti-survival”.
When you go in a low-calorie diet, your metabolism will adjust and will start slowing down, it will adapt and you eventually create what is called a set point, a weight that is almost impossible to bust through.

Does Keto Slow the Metabolism?
No, if you are adding intermittent fasting.

Difference between Intermittent Fasting and Low-Calorie Diet
With low-calorie diets, you are constantly hungry and you have more insulin production. While with intermittent fasting, despite having the same amount of calories, you will have less insulin spike because you are not eating so frequently but the thing is, you are not hungry because when you lower insulin you will tap into your fat reserves.

3 Supplements that Beat the Keto Flu