You are here: Home1 / All Articles2 / Keto Course3 / Organ Meats Can Be a Keto Game Changer

Organ Meats Can Be a Keto Game Changer

More specifically, you want help with Organ Meats Can Be a Keto Game Changer?

This Post Was All About Organ Meats Can Be a Keto Game Changer. 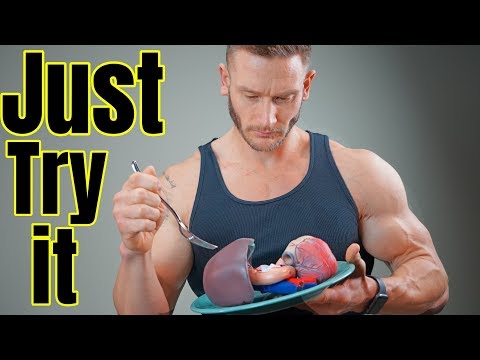 Organ Meats Can Be a Keto Game Changer – Thomas DeLauer

Organ meats contain varying amounts of carbs depending on the type, but they are generally quite minimal:

Liver contains the highest amount of carbs, as it stores glycogen, and should be consumed in moderation when doing keto – a hundred grams of beef liver contain 3.9 g of carbs, so a serving of 200 g would come at almost 8 g net carbs

Tongue falls in the same category – beef tongue contains 3.7 g net carbs per 100 g – so not excessive, but do need to keep track
Benefits

Heart is the best food source of CoQ10, with pork heart and beef heart topping the list at approximately 127 mcg/g and 113 mcg/g, respectively

CoQ10, also known as coenzyme Q10, or ubiquinone, a coenzyme that works as a powerful antioxidant and plays a fundamental role in the energy process within the body – helps generate energy in your cells (it’s stored in the mitochondria of your cells)

Kidneys are an excellent source of riboflavin (B2) – a water-soluble vitamin (that is readily flushed out of your system, which is why you need to consume it daily), important for properly metabolizing carbs, proteins and fats for the energy needs of your body

Vitamin B2 helps break down proteins, fats, and carbohydrates – it plays a vital role in maintaining the body’s energy supply as it helps convert carbohydrates into adenosine triphosphate (ATP)

Liver is an important source of retinol, which is preformed vitamin A – three ounces of beef liver contains 26,973 IU of vitamin A, while pork liver and chicken liver contain 15,306 IU and 11,335 IU, respectively

Liver contains a very high amount of vitamin A, which is fat-soluble and excessive amounts of it cannot be easily flushed from your body – why liver should be consumed in moderate quantities

Some people believe that consuming organs should be avoided, as they filter and process toxins

While some organs do have a filtering function (the liver and the kidneys, for example) they do not actually store the toxins – as far as toxins are concerned, they’re as safe as regular meat

Brains should be consumed with caution, though, as they could transmit prion diseases – the risk is small, but unfortunately it still exists

7) The Role of Acetylcholine in Learning and Memory. (n.d.). Retrieved from

The Hidden Source of Your Acne Scroll to top