hey I’m back and today I’m going to talk
about an interesting case study that was done by a Brazilian doctor working with
a patient who had something called myasthenia gravis this condition is an
autoimmune disease that’s a condition where you have any buddies or they call
them autoantibodies that are against our own tissues you can have an
autoimmune disease to just about every single thing in your body this
particular autoimmune disease attacks the junction the connection between your
nerves and your muscles okay so that’s what it is and that’s going to deplete
acetylcholine so you can have a lot of muscle problems specifically in the
skeletal muscle and one of the treatments that they normally use is
steroids autoimmune conditions produce a lot of
inflammation and a steroid is an anti-inflammatory of course the problem
there’s a lot of side effects when you take steroids the amount of vitamin D
that this doctor used was between 80,000 and 120,000 international units of
vitamin d3 what happened was he was able to put this patients symptoms in
remission okay so of course they don’t ever like to say care or anything like
that but in remission means that you don’t have any of the symptoms why would
this potentially work and what is a relationship of vitamin D I’ve done
other videos on this but if you have an autoimmune condition vitamin D is
definitely something that you want to consider because vitamin D is not even
necessarily a vitamin it’s hormone like in an acts like a steroid without the
side effects and the other thing that it does is it supports something called the
T regulatory cells and that’s part of the immune system that has a really
important function in preventing autoimmune diseases the other thing
that’s involved with autoimmune conditions are viruses and other
pathogens and it’s not agreed upon what causes these conditions however there’s
a lot of links and associations but obviously it’s something that damages
certain parts of the immune system and now what happens is we have
friendly-fire where your body is attacking itself and apparently vitamin
D actually supports these cells now one of the reasons why
sometimes you have to use high amounts of vitamin D to create this effect is
that let’s say for example this whole autoimmune condition was triggered by a
viral infection these viruses have strategies of downgrading the receptor
for vitamin D leaving you always deficient and to overcome that that
resistance you would have to consume larger amounts of vitamin D and there’s
a huge connection between a lot of autoimmune conditions even MS and a
vitamin D deficiency now one of the concerns that people will have when they
take this much vitamin D is this one condition called hypercalcemia that
means high calcium in the blood and what happens is you may develop kidney stones
of course the research isn’t definitive and there’s not a lot of studies that
say that’s going to happen but one of the things that this brazilian doctor
did was to mitigate this or lessen the risk by omitting any calcium in the diet
so it would tell the patient not to consume cheese for example or take
calcium supplements so if he wanted to lower your risk for kidney stones what
you would want to do is you want to drink at least three and a half to four
liters of fluid every single day because in that way you can prevent the urine
from being supersaturated where you develop a stone the reason I created
this video is basically to show you the relationship between vitamin D and your
immune system and potentially even the possibility of keeping an autoimmune
condition in remission with something natural like vitamin D if you haven’t
seen my video on MS and vitamin D I’m gonna put it up right now check it out

This Post Was All About Myasthenia Gravis Remission with Vitamin D. 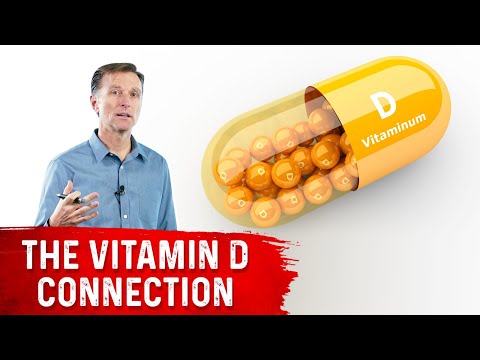 Could vitamin D be a potential natural solution to keeping autoimmune conditions like myasthenia gravis in remission?

Today we’re going to talk about an interesting case study that was done by a Brazilian doctor working with a patient who had myasthenia gravis.

One of the treatments commonly used for this condition is steroids. But, unfortunately, there are a lot of side effects when you take steroids.

Vitamin D is hormone-like and acts as a steroid without the side-effects. It also supports the T regulatory cells, which is a part of the immune system that helps prevent autoimmune diseases.

There is a huge connection with a lot of autoimmune diseases and vitamin D deficiency. But, one of the concerns people have with taking high doses of vitamin D is a condition called hypercalcemia. This is high calcium in the blood, which could potentially lead to kidney stones. To lessen this risk, the doctor told the patient to omit calcium from the diet. Drinking 3.5-4 liters of fluid a day could also potentially help lessen the risk of kidney stones.

Dr. Eric Berg DC Bio: Dr. Berg, age 55, is a chiropractor who specializes in Healthy Ketosis & Intermittent Fasting. He is the author of the best-selling book The Healthy Keto Plan, and is the Director of Dr. Berg Nutritionals. He no longer practices, but focuses on health education through social media.

Disclaimer: Dr. Eric Berg received his Doctor of Chiropractic degree from Palmer College of Chiropractic in 1988. His use of “doctor” or “Dr.” in relation to himself solely refers to that degree. Dr. Berg is a licensed chiropractor in Virginia, California, and Louisiana, but he no longer practices chiropractic in any state and does not see patients so he can focus on educating people as a full-time activity, yet he maintains an active license. This video is for general informational purposes only. It should not be used to self-diagnose and it is not a substitute for a medical exam, cure, treatment, diagnosis, and prescription or recommendation. It does not create a doctor-patient relationship between Dr. Berg and you. You should not make any change in your health regimen or diet before first consulting a physician and obtaining a medical exam, diagnosis, and recommendation. Always seek the advice of a physician or other qualified health provider with any questions you may have regarding a medical condition. The Health & Wellness, Dr. Berg Nutritionals and Dr. Eric Berg, D.C. are not liable or responsible for any advice, course of treatment, diagnosis or any other information, services or product you obtain through this video or site.

Thanks for watching! There is a unique and important relationship between vitamin D, the immune system, and potentially autoimmune diseases like myasthenia gravis.

The 7 Symptoms That Prove You Are Burning Fat