You are here: Home1 / All Articles2 / Keto Course3 / My Top Foods to Break a Fast With | Intermittent Fasting Favorites

My Top Foods to Break a Fast With | Intermittent Fasting Favorites

More specifically, you want help with My Top Foods to Break a Fast With | Intermittent Fasting Favorites?

This Post Was All About My Top Foods to Break a Fast With | Intermittent Fasting Favorites. 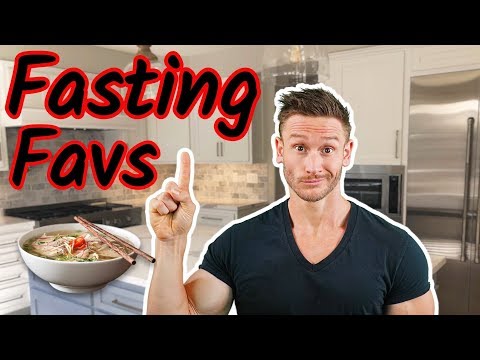 During a fast you’ll be insulin sensitive, and upon breaking a fast you can capitalize on this is these ways:

Fasting does change the level of the most active thyroid hormone (T3), but T4 (the precursor to T3) and the hormone used to test for thyroid function (TSH) are unchanged

Astaxanthin is a red pigment molecule that is a member of the carotenoid family found in certain marine algae (when eaten by shrimp and crustaceans, the pigment lends its reddish hue to their shells)

Astaxanthin crosses the blood-brain barrier, allowing it to saturate and protect brain tissue – been found to decrease the accumulation of amyloid-beta on red blood cells

TauCl promotes cell death via ‘apoptosis’. Apoptosis is when cells undergo programmed cell death. Because dead cells are immediately consumed by white blood cells and not left to release toxins, inflammation can be greatly reduced

TauCl can also turn on genes that reduce inflammation

**Shrimp’s also a good source of iodine and selenium**

So it’s feasible that keto could, in some instances, cause depression, or at least reduce the amount of tryptophan delivered to the brain, a study from Neuroscience found that certain fatty acids, octanoic and decanoic fatty acids (FAs), the main components in the MCT, can increase brain levels of tryptophan

The effects of a ketogenic diet in controlling seizure activity have been proven in many studies, although its mechanism of action remains elusive in many regards

The aim of this study was to investigate the influence of octanoic and decanoic fatty acids (FAs), the main components in the MCT diet, on the metabolism of TRP

They found that the administration of FA clearly increased the seizure threshold and induced sedation.

Furthermore, they demonstrated that blocking TRP passage into the brain abolished these effects of FA but had no similar effect on the formation of ketone bodies

We also propose a more general hypothesis concerning the intracellular mechanism of the ketogenic diet.

4) Grass Fed Meat with No Garlic or Onion KETO

Arch Supports Can Worsen Your Flat Feet: My Opinion

Absent-Minded? How to Stop It!

What is a Carbohydrate: Simplified

What is Amyotrophic Lateral Sclerosis (ALS) or Lou Gehrig’s Disease? Scroll to top