You are here: Home1 / All Articles2 / Keto Course3 / Most and Least Dangerous GRAINS!

Most and Least Dangerous GRAINS!

More specifically, you want help with Most and Least Dangerous GRAINS!?

This Post Was All About Most and Least Dangerous GRAINS!. 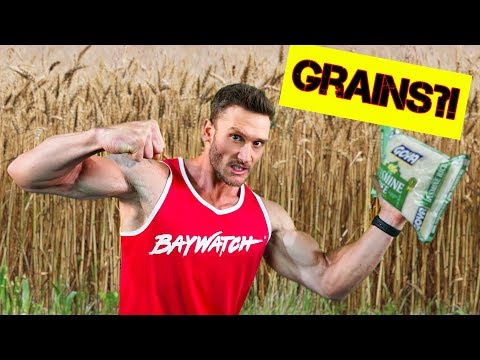 Glutens found in wheat, rye, and barley are known by different names, but they all contain the protein fraction gliadin

These glutens contain the protein fraction gliadin – negative reactions to protein from different gluten grains are all caused by the same type of protein (wheat, as well as rye and barley contain gliadin)

In fact, prolamins account for approximately half the total protein in all grains – there are many different prolamins, all characterized by their high content of the amino acid proline

Usually food proteins are degraded into very small peptides or individual amino acids by digestive enzymes (called peptidases or proteases) before they are transported across the gut epithelium.

However, prolamins are not completely broken down in the normal digestive process, both because the structure of these proteins is not compatible with our digestive enzymes (which are not good at breaking apart proline-rich proteins into individual amino acids)

Also because the seeds that contain prolamins also contain protease inhibitors (compounds that stop our enzymes from breaking down proteins, a part of the seed’s natural defense mechanisms

Zonulin is released by enterocytes into the gut lumen (inside the gut), where it travels downstream and then binds to at least two different types of receptors in the enterocyte apical membrane, PAR2 and EGFr, which creates intracellular signaling cascades that displace important tight junction proteins (decreasing the protein-protein interactions that form the tight junction) thereby causing tight junctions to open and intestinal permeability to increase

IgA antibodies perform a variety of functions in the brush border and lumen of the intestine, including what is called immune exclusion, which is the interference with the ability of antigens (including viruses, bacteria, bacterial toxins, and enzymes) to adhere to and penetrate the gut barrier

IgA antibodies are then recycled by a mechanism called retrotranscytosis; that is, they are transported from the apical to the basolateral side of the cell, or from inside the gut back into the body

When gliadin crosses the gut barrier by retrotranscytosis, it is basically exploiting a normal recycling pathway and mechanism meant to protect the cells of the gut barrier from being damaged by infectious organisms

THIS is What Eating SUGAR Does to Your Skin!

#1 Confusion of Every Person Struggling with Weight Loss – Dr.Berg

Diabetes Persists Because of How it’s Defined

Our Gallbladders Are Not Essential…Really?

Is Cottage Cheese a Staple Keto Food? Scroll to top