This Post Was All About Morning Motivation: 4 Different Morning Routines to Try. 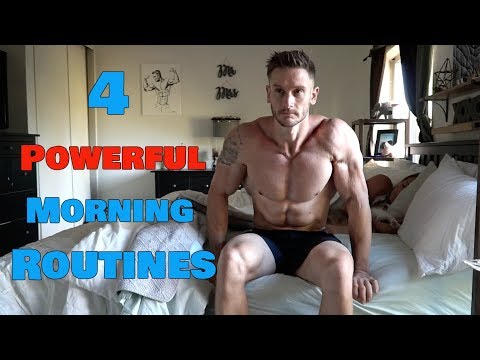 Since noise is a stimulus, it can cause people to react negatively to it, like any other stimulus

Bed makers are also more likely to like their jobs, own a home, exercise regularly, and feel well rested, whereas non-bed-makers avoid the gym and wake up tired – bed makers are happier and more successful than their rumple-sheeted peers

Daily bed making becomes a “keystone habit,” something that kick starts a chain of other good decisions throughout the day

Lion’s mane has the ability to stimulate the synthesis of (NGF) Nerve Growth Factor – NGF is necessary to nerve cell survival in the central and peripheral nervous system.

It is is a neuropeptide that helps maintain neurons, which are the cells responsible for helping your brain process and transmit information

Chaga has an abundance of Beta-D-Glucans which help balance the response of the body’s immune system – normalize cholesterol and blood sugar levels (helps boosts the immune system when necessary, but slows it down when it’s overactive)

It upregulates PPARalpha gene expression, which is a gene that regulates fatty acid oxidation, in the liver, where almost all acetate in the portal circulation is metabolized

Is able to reduce glycemic and insulinemic responses to foods, such as a starchy meal, by delaying gastric emptying – decreases the activities of of intestinal glucose transporters and disaccharidases

1) The Anxiety of Alarm Clocks | SiOWfa16: Science in Our World: Certainty and Controversy. (2016, October 19). Retrieved from

3) Self-affirmation: A Strategy to Reduce Self-control Failure. (2009, March 26). Retrieved from

Controlling Your Appetite After Meals

Refeeding Symptoms After a Fast

What Does Dr. Oz think of Intermittent Fasting?

The Best Trace Minerals for Depression – Dr.Berg On Vitamins for Anxi... Scroll to top