You are here: Home1 / All Articles2 / Keto Course3 / Mediterranean Keto Diet Meal Plan – What to Eat in a Day

Mediterranean Keto Diet Meal Plan – What to Eat in a Day

More specifically, you want help with Mediterranean Keto Diet Meal Plan – What to Eat in a Day?

This Post Was All About Mediterranean Keto Diet Meal Plan – What to Eat in a Day. 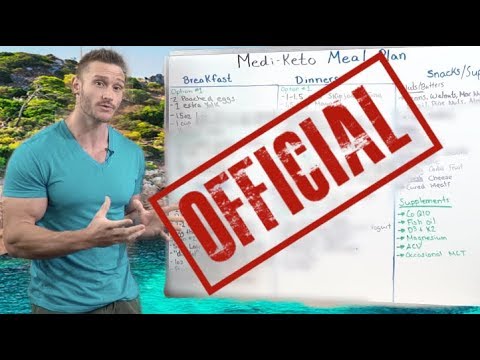 Best Healthy Fat Sources- (You May Be Surprised…):

Snacking vs. Fat Loss | The Dangers of Snacking Between Meals | Insulin Spiking:

For a full breakdown of the diet, make sure to watch the entire video!

The internet likes to compare and contrast keto to other diets because webpage titles like “What’s better, low-fat or low-carb?” are click bait.

In other words, simplicity sells. However, this habit of the media overreaches its bounds when it sets keto against a Mediterranean diet.

This is because, while low-carb and low-fat diets are fundamentally opposed, keto and Mediterranean are not. A ketogenic diet is about your macronutrient breakdown.

A Mediterranean diet is rich in healthy whole foods and basically devoid of processed foods. It often includes lots of Omega-3-rich seafood and monounsaturated-rich olive oil and olives.

A keto diet is defined by the state of ketosis. While it’s 100% a good idea to eat a clean keto diet devoid of processed foods, it’s not required.

Furthermore, foods rich in saturated fats that are not as popular on a Mediterranean diet, such as red meat and dairy products (and coconut products), are hallmarks of many ketogenic diets. This may be for a few reasons:

Notice, however, the tendency of individuals on a ketogenic diet to eat saturated-fat rich oils and protein sources is driven primarily by psychosocial factors, not nutritional factors.

As always, keep it locked in here on my channel. I’ll see you in the next video.

I Followed These 6 Habits to Become More Successful

Do You Need Fat to Stay in Ketosis?

Get Rid of the Cause of Psoriasis Nutritionally