This Post Was All About Measuring Intermittent Fasting – When Fat Loss Actually Starts. 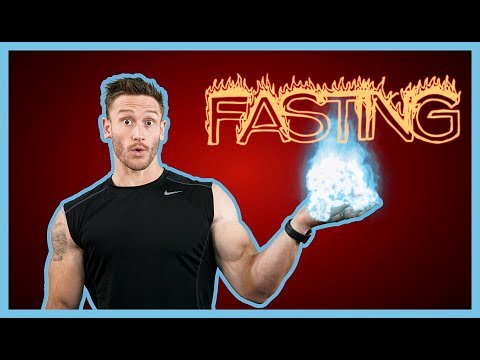 Click Here to Subscribe:
Special Fan Discount on Keto-Mojo’s Glucose & Ketone Testing Meters (Discount is for Meter Kits ONLY and is automatically applied at checkout):

Keto-Mojo recently launched a new website full of helpful and informative content (including great keto recipes) for people living the keto life, from beginners to more experienced ketonians. Check it out here:

“Insulin resistance” has a negative connotation with respect to health. It’s a term associated with diabetes, obesity, metabolic syndrome, and all the chronic disease with which these conditions themselves are associated. But there is a nuance here because there are two types of insulin resistance.

A study by Siskia van Der Crabben et al., published in The Journal of Clinical Endocrinology and Metabolism in 2008 ( showcased this difference nicely. Based on their knowledge of how insulin resistance works in diabetics ( the researcher set out to test the hypothesis that “if fasting-induced insulin resistance is caused by the same mechanism as in type 2 diabetes, high-dose aspirin should be able to attenuate insulin resistance induced by prolonged fasting in healthy lean subjects.”

Therefore, they took 6 healthy lean men and made them fast for 60 hours twice, one while taking high-dose aspirin and once without (this is called a crossover design and is statistically strong because each participant serves as his own control).

In summary, these data suggest that fasting-induced insulin resistance is mechanistically different than that observed in diabetes and obesity (it was not treated by aspirin and was not associated with inflammation).

Scenario 1: You are following the standard American diet. You are eating three carb-rich meals per day, with snacks, and constantly spiking your insulin. The insulin roller coaster leads to overeating and, potentially obesity and obesity-associated inflammation. This inflammation activates pathways in cells that cause them to downregulate insulin-sensing pathways.

Another, less technical way to look at this scenario is to think about “habituation,” the phenomenon that when you’re exposed to a continuous stimulus you stop responding to that stimulus. It’s like when the heater comes on in your house. As soon as it comes on, you recognize and acknowledge the sound.

Scenario 2: You are fasting. Your hepatic glycogen levels drop and, though you may be producing ketones, your brain still needs some glucose (figure to the right, from G. Cahill’s original work on starvation in man). Therefore, you must defend you blood glucose levels and keep them within a reasonable range.

There are two ways to do this: you can either break down muscle tissue to increase glucose production by gluconeogenesis or you can decrease the rate at which glucose is used by peripheral tissues i.e. you can become temporarily physiologically insulin resistant in your periphery. In the first instance, you lose muscle and burn less fat. In the second, you spare muscle and need to burn more fat. The second instance is that which includes peripheral insulin resistance. You can choose which you prefer.

Fasting can be hard, particularly if you’re new to it. When you start to feel hunger, real hunger (not the cravings carb-burners think is hunger) there is a psychological drive for immediate gratification. One way you can fulfill that immediate gratification is through food. But another is by measuring your ketones and observing the adaptations that are going on in your body. It’s rewarding to see your numbers go up as the fast progresses. It’s an accomplishment, and one that can supplant the immediate gratification fulfilled by a snack.

Your Ketone Levels During a Fast Will Change with Fat-Adaptation

If you fast for 24 hours one week and then again the next week, chances are that your ketone curves will follow a similar pattern; however, this pattern may change as you become more and more fat adapted.

Heart Disease Starts When You Are a Kid

Does ONE Single Calorie BREAK Your Fast?

Nutrition Tip | Do Leftovers Lose Nutrients? | The Effects of Amines