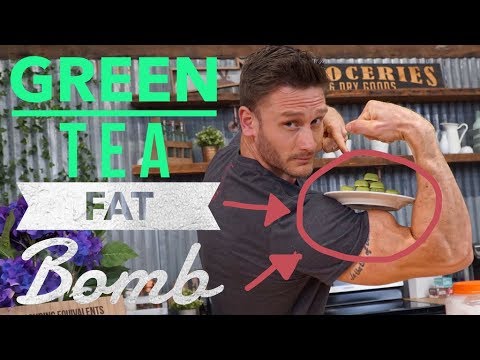 Matcha: A study published in the Journal of Chromatology estimates that the number of certain catechins in matcha is up to 137 times greater than in other types of green tea (2)

EGCG: EGCG increases the hormone CCK (cholecystokinin) – CCK slows down intestinal motility as it causes food to move more slowly through the intestines. CCK also modulates dopaminergic neurotransmission in the brain – it increases the level of dopamine in the brain, which decreases hunger & gives off a “feel-good” feeling. EGCG also stimulates your metabolism by activating thermogenesis – increases the amount of norepinephrine, which is used by the nervous system as a signal to the fat cells, telling them to break down fat.

Chlorophyll & Detox: During the last three weeks before tea leaves are harvested to be made into matcha, camellia sinensis are covered to deprive them of sunlight. This causes a huge increase in chlorophyll production in the new growth of these plants, resulting high levels of chlorophyll. Chlorophyll is an excellent detoxifier which helps in cleansing the blood. It aids in maintaining the alkalinity of blood and tissues – also helps in preventing the association of harmful toxins with colon walls and flushes them out of the body. As such, it’s a powerful detoxifier capable of naturally removing heavy metals and chemical toxins from the body.

Lion’s Mane: Lion’s mane has the ability to stimulate the synthesis of (NGF) Nerve Growth Factor.

Ginger: Ginger contains gingerol, a natural appetite suppressant – gingerol increases the body’s levels of leptin by simulating the release of it.

Stevia: Been shown to lower insulin and glucose levels due to its lack of metabolization – glycosides in stevia have been found to dilate blood vessels and increase sodium excretion.

Why Does Our Thymus Shrink to Nothing As We Age?

How to Permanently Eliminate Acne

Intermittent Fasting: Why Women Should Fast Differently than Men

How to Lower Your Blood Sugar Naturally- Thomas DeLauer

The 5th Body Type – MUST WATCH! Scroll to top